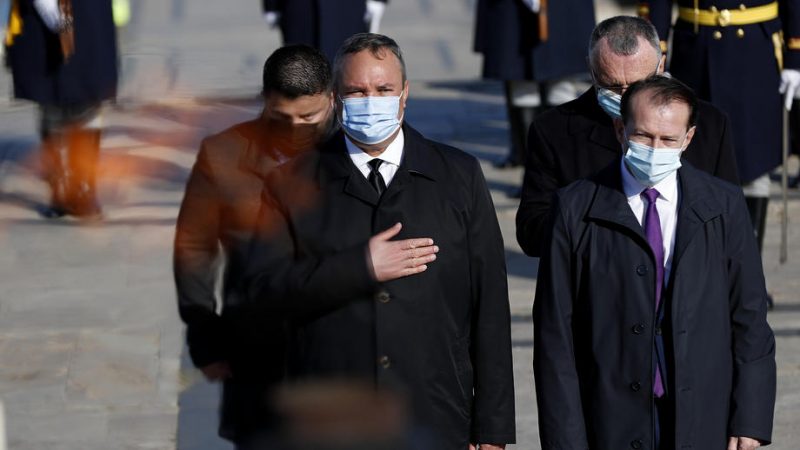 Prime minister-designate Nicolae Ciuca will forgo his mandate as he could not muster support for a minority government. [EPA-EFE / ROBERT GHEMENT]

Prime minister-designate Nicolae Ciuca will forget his mandate as he could not muster support for a minority government. Instead, his party, the centre-right PNL, wants to extend negotiations to ensure a coalition is formed, and the cabinet has a majority.

For more than 10 days, PNL insisted it wanted to form a minority government solely with the help of UDMR, the ethnic Hungarian minority party. The socialist party PSD decided it would not support a minority government, while the centrist USR, which was part of the coalition with PNL and UDMR until September, said its MPs would not vote for a government that its members are not part of.

However, PNL pushed for the minority solution and filed its list of ministers and the governing program on Saturday. The calendar for hearings and the confidence vote was set for Tuesday and Wednesday, respectively.

If Ciuca or another PNL member is designated, the negotiation mandate will be more flexible, according to PNL president Florin Citu, who is also the caretaker PM. This means that PNL will now look to form a majority, either with the socialists, or rebuild the coalition with USR. Teh details will be decided upon by Tuesday (2 November) evening, after another meeting of the party’s leaders.