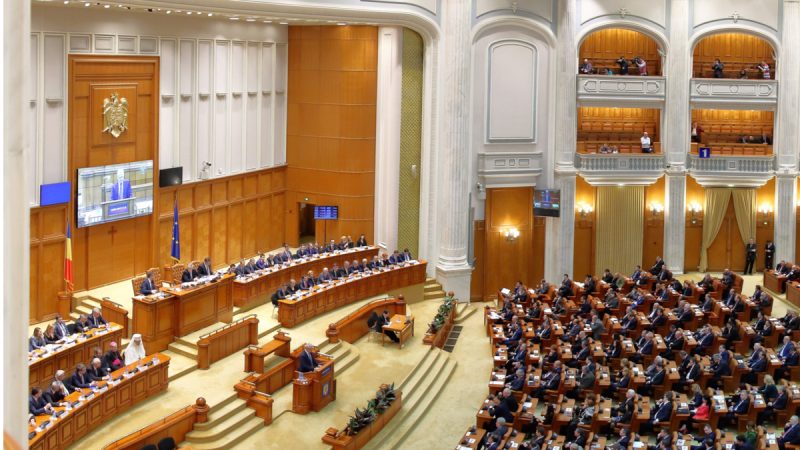 Romania’s Social Democratic Party, or PSD, wants to reopen discussions on some chapters of the country’s recovery plan, which was adopted last month. [Shutterstock / LCV]

Romania’s Social Democratic Party (PSD) wants to reopen discussions on some chapters of the country’s recovery plan adopted last month. However, a European Commission spokesperson confirmed that exceptional circumstances are needed for member states to request that parts of their recovery and resilience programmes be changed once approved

PSD is currently negotiating with PNL and UDMR to form a government coalition. PNL and UDMR were also, together with centrist USR, in the previous coalition, which adopted the country’s recovery and resilience plan. The Commission approved the plan just before the government fell following a no-confidence vote in parliament.

Since then, political parties have been unable to form a government, but the Council also greenlighted Romania’s recovery plan, worth a total of €29.1 billion, of which €14.2 billion is in grants and €14.9 billion is loans.

But the discussions with PSD appear to be bearing fruit, with only the prime minister’s name remaining to be decided. However, last week, PSD leader Marcel Ciolacu said that the new government would go to Brussels to renegotiate several chapters in the recovery plan, as PSD does not want to undertake the pledges made by USR.

However, a spokesperson for the Commission told EURACTIV’s media partner HotNews that the plans that have already been approved could be renegotiated only in exceptional cases.

“The Member State needs to demonstrate that it can no longer implement (part of) its plan due to objective circumstances, such as natural disasters of historical magnitude. This would require a rigorous case-by-case assessment by the Commission together with the relevant Member State,” the Commission representative said.

Following the Council’s implementing decision on 28 October, Romania should focus on executing the reforms and investments included in the plan. Any request to amend the plan would seriously delay its implementation, the official also said.