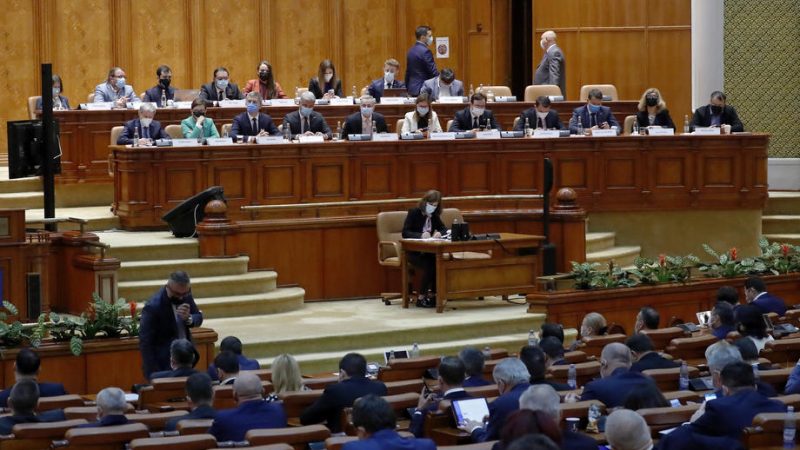 Romania’s caretaker government adopted the first documents needed to implement the recovery and resilience plan. Still, socialists, who could enter the government as soon as next week, want the plan to be renegotiated with the EU.

EU finance ministers approved Romania’s resilience plan at the end of October. On Wednesday, the government adopted two memoranda that give the EU Investment Ministry and the Finance Ministry the mandate to sign the agreements with the European Commission. That would allow Romania to receive its prefinancing money from the Commission – almost €3.8 billion – by the end of the year.

But getting the money is not certain. The president of the socialist party PSD, Marcel Ciolacu, said some chapters of the recovery plan would be renegotiated. He did not mention the exact parts that the socialists want changed, but said that he could not undertake the pledges of the centrist party USR.

Romania’s governing coalition collapsed in September when USR withdrew its ministers, saying they could no longer work with the prime minister, Florin Citu.

Citu, who has since been elected president of centre-right party PNL, is now negotiating with PSD to form a new government. PNL does not support a renegotiation of the recovery and resilience plan.

Meanwhile, the former EU investment minister, USR’s Cristian Ghinea said any renegotiation would block the execution of the plan. He explained to EURACTIV’s media partner HotNews that it is not possible to only implement parts of the plan while others are still under discussion because the program’s components are interdependent. “For example, the targets for green projects, for digital transition must be calculated for the whole plan,” Ghinea said.

“My advice is for them to calm down … and focus on implementation,” Ghinea concluded.