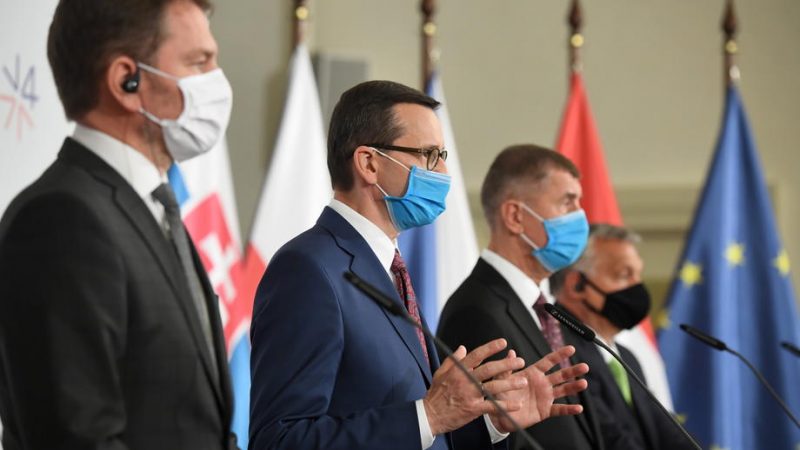 Hungary and Poland were backed by Slovenian political ally Janez Janša on Wednesday in opposing plans to tie EU funds to rule of law criteria. At the same time, their Visegrad 4 partners, Czech Republic and Slovakia, have criticised the vetoes.

Czech Foreign Minister Tomáš Petříček said he hopes the dispute over the EU budget will not delay payments of EU money to individual member states.

“The situation shows that we cannot always agree with our partners in the V4,” Petříček said during the Prague European summit on Wednesday, adding that “for the Czech Republic, the compromise achieved by the German presidency is quite acceptable.”

The foreign minister went on to say that the EU is not merely about transactions between member states but also about values and principles, including the rule of law.

“It is also about the way we control the use of public money. It is the money of taxpayers from all member countries, and the respect for the rule of law also means the protection of their money,” he added.

According to the foreign minister, the common interest of all states, including Hungary and Poland, is to see the quickest possible implementation of the recovery fund and the multi-annual budget.

Slovakia also does not share the Polish and Hungarian position.

Slovak Minister of Foreign and European Affairs Ivan Korčok said he will appeal to his colleagues in Poland and Hungary not to block the compromise the deal on the EU´s long-term budget and Recovery Plan negotiated by the German Presidency, the ministry said in a statement.

“The veto from Warsaw and Budapest does not mean the end of negotiations, but the deadline for an agreement is getting close. I do not consider it realistic to completely abandon the rule of law principle in relation to drawing of the EU funds. This is not the way,“ Korčok added.