Russia, China fail at UN in bid to shut down Bosnia peace envoy 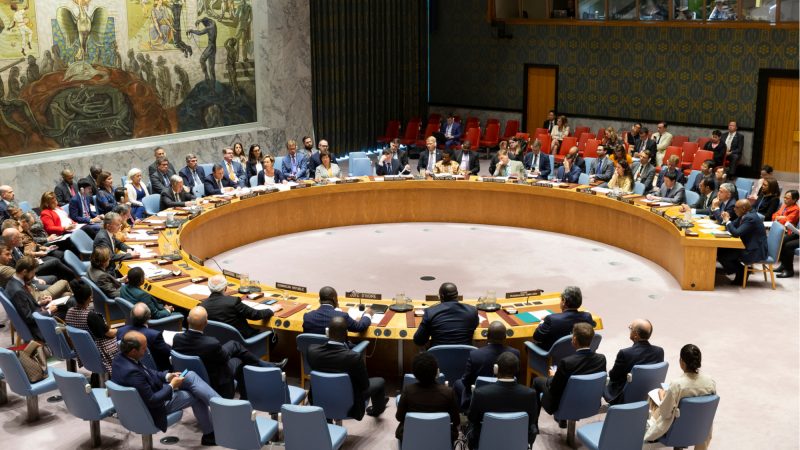 Russia and China failed on Thursday in a bid to get the U.N. Security Council to strip some powers from an international envoy overseeing implementation of a 1995 Bosnia peace accord and shut down the envoy’s office in one year.

Russia and China were the only two council members to vote for their draft resolution, while the remaining 13 council members abstained. A resolution needs nine votes in favour and no vetoes by Russia, China, the United States, France or Britain.

Former German government minister Christian Schmidt is due to take over from Valentin Inzko of Austria on Aug. 1 as the High Representative in Bosnia. Schmidt was appointed in May by a Steering Board of the Peace Implementation Council.

The board is made up of Canada, France, Germany, Italy, Japan, Russia, Britain, the United States, the European Union, European Commission, and the Organisation of the Islamic Conference. Russia said it did not agree with the decision.

After the failure of their draft resolution on Thursday, Russia and China argued that Schmidt cannot take up his role because he has not been approved by the Security Council. Many other council members disagreed.

“There is no determinative role for the Secretary-General, or the U.N. Security Council in the appointment process, and no requirement that the council take action to confirm Mr Schmidt’s designation,” deputy U.S. Ambassador to the United Nations Richard Mills told the council after the vote.

The Office of the High Representative was set up as part of the Dayton peace accords that ended Bosnia’s 1992-95 war to supervise the reconstruction of a country torn apart by ethnic conflict in which 100,000 died.

Bosnia’s autonomous nationalist Serb region, backed by Russia, has long requested the shutdown of the Office of the High Representative.

BiH has made significant progress in 26 years since the Dayton Peace Agreement and its citizens should have the right to decide on the fate of their country independently, the Chinese Embassy told N1 ahead of a UN Security Council discussion on the situation in BiH.

“BiH is a sovereign state. We are convinced that the peoples of BiH and its citizens have the wisdom, ability and right to independently decide which way their country is going. The international community should provide assistance to Bosnia and Herzegovina in a way that meets the real needs of this country and its citizens,” the Chinese embassy said.

“As a permanent member of the UN Security Council, China is a consistently sincere friend of the peoples and all citizens of BiH and is ready and obliged to make its contribution,” the statement added.