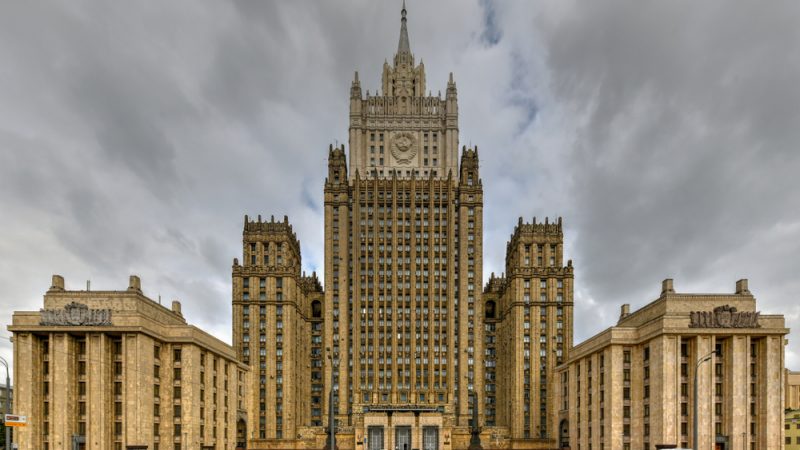 Russia expelled 85 embassy staff from Spain, Italy and France on Wednesday in a tit-for-tat response to the expulsion of Russian representatives over the invasion of Ukraine.

Putin’s regime expelled the French diplomats in response to France’s expulsion in April of 41 Russian diplomats, whom France considered to be intelligence officers.

Since it “has no legitimate basis,” France can only “strongly condemn” this expulsion, the foreign ministry said, stressing that the work of the diplomats expelled from Russia “falls fully within the framework of the Vienna Conventions on diplomatic and consular relations.”

The functioning of the French embassy in Moscow should not be compromised, as the expellees only represent a small part of the staff.

On 5 April, the Spanish government expelled 27 members of the Russian embassy in Madrid in response to Russia’s war in Ukraine, calling them “a threat” to national security.

“I already said when we announced the expulsion of the 27 Russian diplomats and staff that in these situations there was a symmetrical or almost symmetrical reciprocity, and we were expecting it,” Spanish Foreign Minister José Manuel Albares said on Wednesday (18 May), quoted by EFE.

The decision to expel the Russian diplomats and members of the embassy in Madrid was a reaction “to crimes (in Bucha) that cannot go unpunished and for which a thorough investigation must be carried out” Albares said.

After the expulsions in April, Russian Foreign Ministry Spokeswoman Maria Zakharova announced that “all decisions of this kind will have a response.”

Since the start of the invasion, Rome has expelled 30 diplomats from the Russian embassy on 5 April for “reasons of national security.”

The Kremlin’s diplomatic response was swift. The Italian ambassador to Moscow, Giorgio Starace, was summoned to the Russian foreign ministry on Wednesday morning (18 May), where he received the expulsion notice.

“The personnel subject to the measure have always performed their duties in full compliance with the Vienna Convention on Diplomatic Relations,” the foreign ministry responded in an official statement.

European countries have collectively deported over 300 Russians since the invasion, in addition to the 85 expelled on Wednesday, while Russia expelled 18 European diplomats in April.