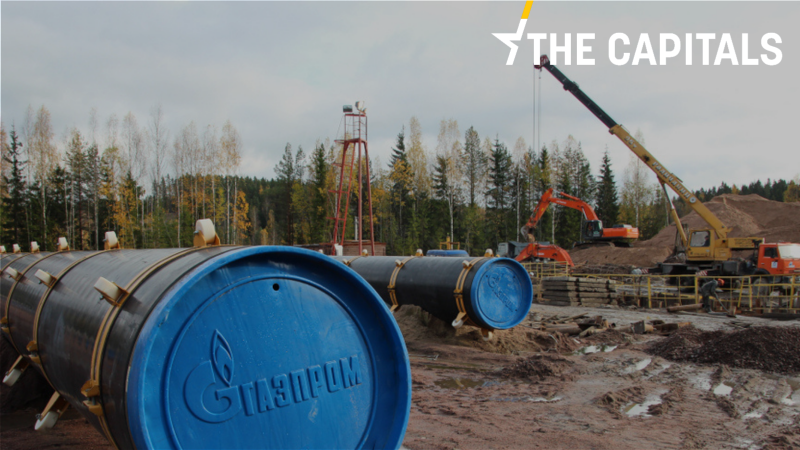 Opposition to Russia's offer in the new parliament will be serious. [Shutterstock/Alexander Chizhenok]

Russian Ambassador to Bulgaria Elena Mitrofanova has urged Bulgaria to sign a new long-term gas supply contract with Gazprom. “Especially in the context of rising spot prices to space levels, stable long-term contracts are of great importance, as life shows,” Mitrofanova said in an interview with RIA Novosti on 3 October.

She explained that “Bulgaria is still a poor country” and that the price of electricity and gas is very important for Bulgarians.

So far, there has been no reaction from the institutions after Mitrofanova’s interview. Mitrofanova admits that no talks have been held with the caretaker government. EURACTIV sources commented that negotiations with Gazprom can only be conducted by a stable government.

Opposition to Russia’s offer in the new parliament will be severe.

The economist Martin Dimitrov, who was an MP from the pro-European coalition ‘Democratic Bulgaria’, commented that for Bulgaria’s interests, it is best for the contract to be limited to two or three years. “The most important part of his proposal is that Bulgaria’s negotiations with Gazprom include representatives of the European Commission. This would strengthen Bulgaria’s position,” Dimitrov told EURACTIV.

‘Democratic Bulgaria’ is expected to be a critical factor in forming a stable government after the 14 November elections.

Energy expert Hristo Kazandjiev from the Bulgarian Energy and Mining Forum told EURACTIV that a careful balance is needed to prepare and negotiate a contract with Gazprom. According to him, the problem with these contracts is not so much their term but the mandatory quantities. Under the current contract with Gazprom, 80% of the gas quantities for Bulgaria are under the “take or pay” clause.

“A future contract should be much more balanced in this respect, and Bulgaria should be able to negotiate the quantities,” Kanzandjiev said. According to him, the management of the state gas company Bulgargaz is hindering the import of cheaper Azeri gas from Greece, which can be realised through swap deals.

Energy expert and former Bulgarian ambassador to Moscow, Ilian Vassilev, told EURACTIV that the Kremlin was playing geopolitical games with the gas price but would be impossible without “climate extremism” in the EU.

“These games had no chance, but now a statement by Putin is lowering the price. The truth is that even Russia can no longer fix the earthquakes, which have a global character and in which China plays a key role,” said Vassilev.