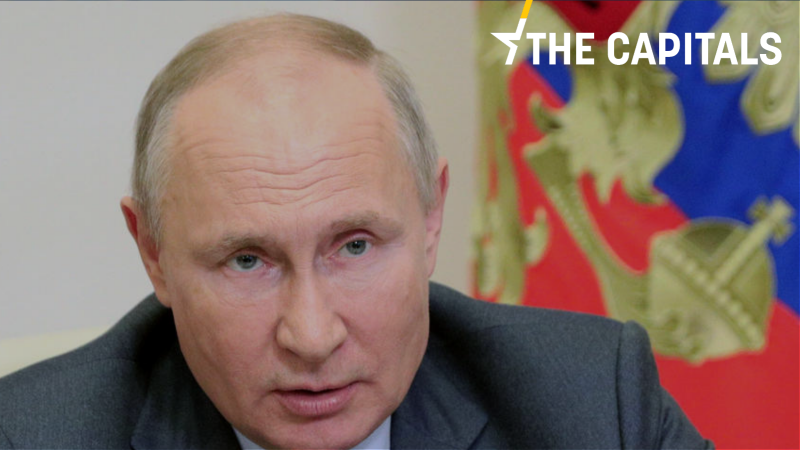 The presidents of Bulgaria and Northern Macedonia will visit Rome together on 27 May to honour St. Cyril and St. Methodius, which is seen as a step towards warming relations. [EFE/SERGEY ILYIN / KREMLIN / SPUTNIK POOL ]

While Bulgaria is making efforts to improve relations with North Macedonia, the Russian embassy in Skopje issued a message that could only be seen as a provocation in Sofia.

24 May is celebrated in several countries, including Bulgaria, Russia and North Macedonia, as the day of the Saint Brothers Cyril and Methodius and of the Cyrillic script.

The presidents of Bulgaria and Northern Macedonia will visit Rome together on 27 May to honour St. Cyril and St. Methodius, which is seen as a step towards warming relations.

“Together with the President of the Republic of North Macedonia, Stevo Pendarovski, we will not only pay tribute to the work of the holy brothers Cyril and Methodius in Rome, but we will travel together in one plane. With President Pendarovski, we will declare our clear, mutual and political will that we will develop relations between our two countries in a spirit of trust, friendship and good neighbourliness”, Radev said.

The trip is seen as a symbolic gesture amid tensions between Sofia and Skopje after Bulgaria vetoed the start of North Macedonia’s EU membership talks in late 2020.

A massive anti-Bulgarian campaign followed from North Macedonia, and the work of the bilateral commission on historical issues was completely blocked.

The Bulgarian President said that the opening of Skopje’s European route passes primarily through Sofia, adding that “we need to sit down with each other – calmly, openly and voluntarily – and solve our bilateral problems.”

In the meantime, the Russian embassy in Skopje made a statement which can only be seen as provocative in Sofia, saying that literacy in Russia came from “the Macedonian land”. Macedonia didn’t exist as a country when the Cyrillic alphabet was created and the historic fact is that the alphabet was commissioned by the Kingdom of Bulgaria.

The Russian embassy in Skopje quoted Vladimir Putin congratulating the “brotherly Macedonian people” with 24 May, the Day of Saints Cyril and Methodius.

“Today in Russia is a solemn day – the Day of Slavic script, and script came to us from the Macedonian land”, the Russian embassy in Skopje tweeted, quoting the Russian president.

Re-writing history and playing one country against the other is not new to Kremlin tactics, which aim at blocking further EU enlargement. Russia expects nationalists in Skopje to applaud Putin’s position, while nationalists in Sofia to strengthen their opposition to starting EU accession talks with Skopje. (Krassen Nikolov | EURACTIV.bg, Željko Trkanjec | EURACTIV.hr)