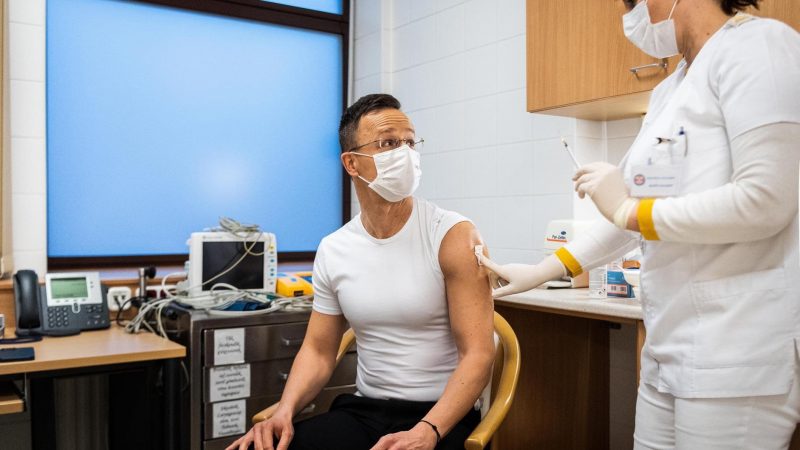 Szijjártó received the first dose of the two-shot vaccine on Friday, becoming the first European official to take Sputnik V, according to RT. [Russian MFA | Twitter]

Szijjártó received the first dose of the two-shot vaccine on Friday, becoming the first European official to take Sputnik V, according to RT.

“You know I’m not a doctor. I’m not a biologist. I’m just an economist, dealing with politics, so I rather leave all issues to the professionals and Hungarian professionals, the Hungarian national regulator has approved the emergency use authorisation for Sputnik so I had no concern,” Szijjártó told viewers during the live interview.

“Vaccine is not a question of ideology for us, it is a matter of saving lives and if we had not contracted Chinese and Russian vaccines,  we couldn’t have saved the health and the lives of many Hungarians,” he added. (Vlagyiszlav Makszimov | EURACTIV.com with Telex)