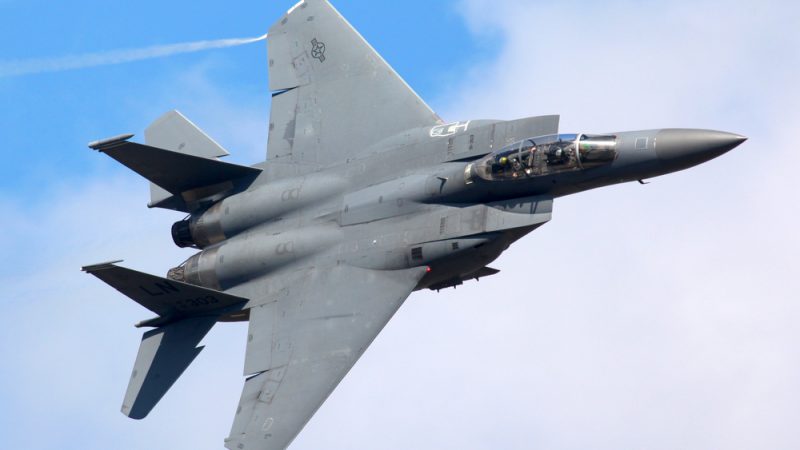 The incident took place for a short period of time, after which the aircraft left the area. Swedish fighters followed the incident and photographed the aircraft. [Shutterstock/Fasttailwind]

The incident took place for a short period of time, after which the aircraft left the area. Swedish fighters followed the incident and photographed the aircraft.

“There is no direct threat today against Sweden of an armed aggression, but we can’t exclude that it will happen,” Air Force chief Carl-Johan Edström told the national broadcaster SVT.

“There’s a process currently in Sweden and in Finland where we are discussing the possibility of a NATO application, so there is a risk that Russia will step up their activities,” he added.

The violation of the Swedish airspace happened the day four NATO ships visited the port of Stockholm to “exercise with Swedish partners and increase interoperability,” according to a NATO communiqué.

Since Russia’s invasion of Ukraine, the debate on a potential NATO application has progressed in Sweden, with the support for NATO membership gaining momentum both among politicians and the population.

According to a Novus poll published on Friday, support for NATO membership is now at a historically high 54%, 3% more than last week. Social Democrat voters are those whose opinions evolved the most in favour of a Swedish NATO membership, gaining 9% in a week and now peaking at 45%.

The Social Democrat party in power, historically attached to Sweden’s neutral and non-aligned stance, is to determine its official position on NATO in the coming weeks, potentially by 12 May. Neighbouring Finland is expected to announce its own NATO application around the same time.