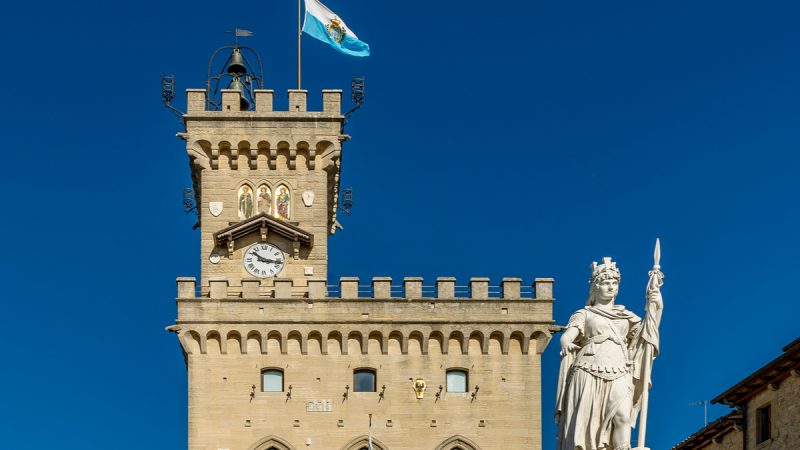 People of the tiny landlocked country voted in a referendum Sunday to determine whether or not to allow abortion. [Shutterstock/ Marco Taliani de Marchio]

People of the tiny landlocked country of San Marino voted in favour of legalising abortion following a referendum that took place on Sunday 26 September. Currently, anyone found having an abortion or helping someone else to do so faces imprisonment of up to three years.

San Marino citizens wishing to have an abortion usually travel to Italy, where it’s been legal since 1978. A law proposing to change the status quo was introduced in 2019, but the leading Christian Democrat Party leans towards keeping abortion illegal.

Around 77% of voters backed the decision to legalise abortion, while nearly 23% said no.

In Andorra, Malta, and the Vatican City, abortions remain illegal in all cases. At the same time, Liechtenstein has an exception for cases of grave danger to the woman’s life or health that can only be prevented with a therapeutic abortion or in cases of rape or sexual assault.

Poland only allows a pregnancy to be terminated when the continuation of pregnancy endangers the woman’s life or health or when the pregnancy results from a criminal act after it restricted access to abortion in January 2021.

In Monaco, abortions are permitted but only in cases of rape, fetal deformity, illness, or fatal danger to the mother. In the British territory of Gibraltar, a recent referendum changed the strict law that criminalised abortion with life imprisonment as 62% of the voters favoured allowing abortions when a woman’s mental or physical health is at risk or when foetuses have fatal physical defects.

But reproductive rights continue to be a much-contended issue across the continent and have become harder to access due to the pandemic.

Although the European Parliament declared abortion a human right in June and traditionally anti-abortion countries like Ireland and Cyprus relaxing their rules, anti-abortion initiatives in France, Italy, Poland, Slovakia, Spain and at EU level have attracted considerable funding. The topic is routinely raised as an issue by conservative governments like Viktor Orban’s.

At the Budapest Democratic Summit last week, ex-US vice-president Mike Pence praised the drop in abortion rates under Orban’s leadership, saying he hopes the US Supreme Court will soon ban the practice. Besides Pence and Orban, attending the event were the heads of state of Czechia, Poland, Slovenia, and Serbia.

“Abortion will not vanish by being banned, criminalised, rendered illegal and stigmatised”,  Maltese MP Marlene Ferrugia, who was the first to propose a bill decriminalising abortion in her country, told EURACTIV.

“It will still happen, maybe with greater frequency and more suffering in countries where it is not regularised by a legal framework which covers women’s comprehensive primary, secondary and tertiary healthcare. We should be concentrating our collective energy on creating healthcare, economic and social models which respect a woman’s last say over matters that concern her body, and which support healthy and sustainable planned motherhood, instead of demonising women and girls who choose to decide when to get pregnant and when to take a pregnancy to term,” the Maltese MP added.