Sánchez agrees to parliament check during new state of alarm 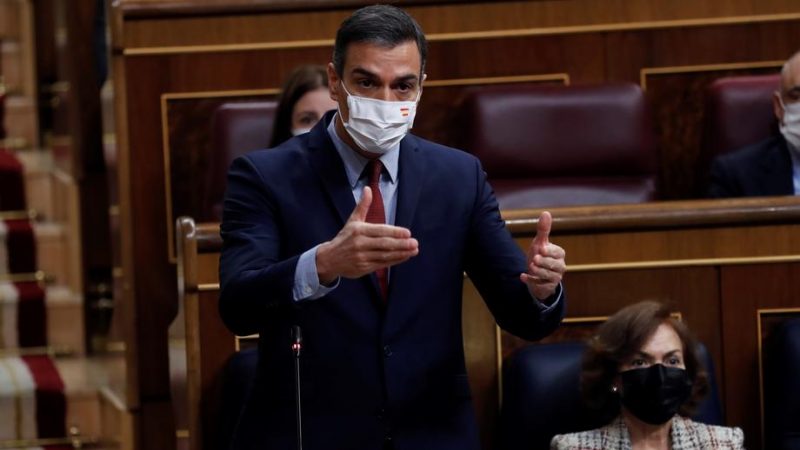 Prime Minister Pedro Sánchez agreed on Wednesday to appear before the Spanish parliament every two months to explain his government’s decisions to curb the second wave in exchange for a favourable vote on the six-month-long state of alarm he proposed last week, EFE reported.

Though the Spanish government decreed a new state of alarm last Sunday and announced a night-time curfew, the prime minister requested that parliament keep the emergency mechanism in place for six months until 9 May but was fiercely criticised by the parliament’s centre-right parties.

“The situation we’re in is extreme,” said Sánchez. “The reality is Europe and Spain are immersed in the second wave of COVID-19,” he added.

Meanwhile, the regional government (PP) in the south-eastern region of Murcia decided on Wednesday to close the region’s borders to contain the rapid expansion of the virus, EFE reported.

The right-wing regional government of Madrid is also considering a “perimetral lockdown”, according to which citizens would only be allowed to enter or leave the region if they are visiting a doctor, taking care of the elderly or heading to work, among other reasons. According to Madrid’s regional president Isabel Díaz Ayuso (PP), however, this would have a “devastating effect” on Madrid’s battered economy. (Fernando Heller /EUROEFE (Madrid))