Sánchez puts Spain ‘on the radar’ of US investors 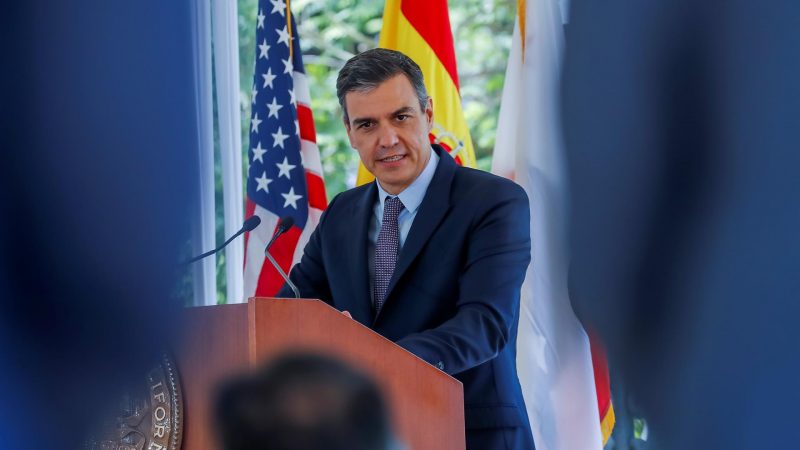 Spain’s Socialist Prime Minister, Pedro Sánchez, believes that he has fulfilled the objective of his economic tour of the United States by putting Spain “on the radar” of investment funds for short- and medium-term business decisions, EURACTIV’s partner EFE reported.

“The time to invest in Spain is now,” said Sánchez  at a press conference at HP’s headquarters in Palo Alto. as he finished up his tour on Friday.

He concluded his US tour in Silicon Valley after making stopovers in New York and Los Angeles to highlight the opportunities offered by Spain to major investment funds and large technology companies.

These potential investors believe that they are called upon to play an important role in the transformation and digitisation of the Spanish economy, supported by the country’s recovery plan and European funds.

On Friday, the bulk of Sánchez’s meetings were with the heads of tech companies, including the CEO of Apple, Tim Cook and top executives of HP, Intel, Qualcomm, LinkedIn, PayPal and Levi’s.

Sánchez described the outcome of these meetings and those he held throughout his trip as positive saying they have placed Spain “on the radar” of all the companies as well as investment funds. “It is now, in the next few months, that these large companies are going to decide where to locate their large investments over the coming months and years,” he added.

Sánchez, who has once again linked Spain’s COVID-19 vaccination programme with its recovery, stressed the importance of the Spanish people not rejecting vaccines as a crucial element for the country’s economic recovery.

In this context, he pointed out that among countries with more than 10 million inhabitants, Spain has the third highest percentage of a fully vaccinated population.

“And I am convinced that we’re not going to stay there, but that we can become the number one country,” he said. Responding to criticism by the People’s Party (Partido Popular) of his US tour and the fact that he did not meet US President Joe Biden, Sánchez urged the party to decide which side it was on.

“It will have to decide which side it is on, whether on the side of recovery and of speaking well of Spain so that there is more investment, or on the side of tension and confrontation, something that the Spanish citizens do not deserve,” he said.

Regarding a future meeting with Biden, he said that his government is always ready for one, but insisted that the objective of this trip was purely economic. During his trip to the US Sánchez also met representatives of companies including Zoom, YouTube and Sentinel, and attended another meeting with a group of American investors along with the heads of five Spanish start-ups accompanying him.