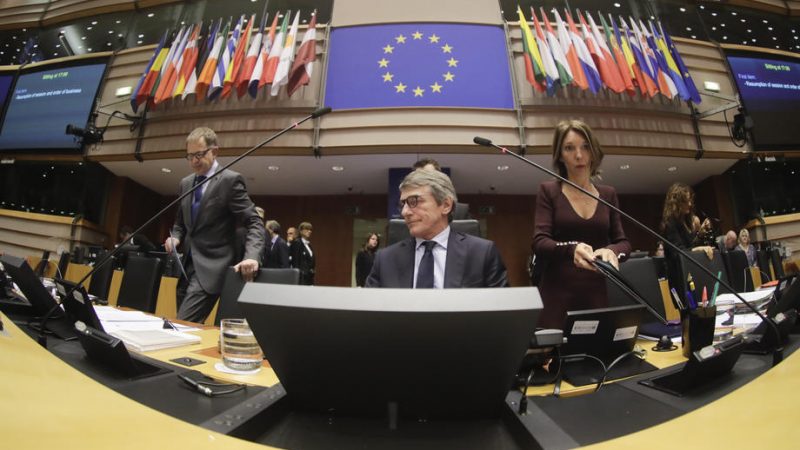 The European Parliament President David Sassoli expressed “astonishment and irritation” at France on Wednesday for publicly demanding that the EU’s legislature return to its official seat in Strasbourg.

It is the latest stage in a standoff between Brussels and Paris over the Parliament’s travel schedule amid the COVID-19 pandemic.

Although the EU treaty declares France’s eastern city of Strasbourg as the European Parliament’s official seat, MEPs have been using their Brussels building since COVID-19 restrictions crimped travel.

France fears many MEPs will try to use the current emergency as a way to keep Brussels as their permanent legislative home, seen as a more comfortable and less costly option than the long trip to Strasbourg they take nearly every month in usual times.

French European Affairs Minister Clement Beaune has taken the lead in pressuring Sassoli to make good on promises to get back to Strasbourg as early as COVID-19 permits.

On Wednesday, he tweeted out a letter he had sent to Sassoli underscoring the treaty obligation to Strasbourg, as well as France’s “real concern” that parliament has not sat there in months, and a worry that money may now be spent to renovate the legislature’s 27-year-old building in Brussels.

France, Beaune wrote, “requests that existing administrative services be kept in Strasbourg and thought be given to relocating other European Parliament services to Strasbourg”.

He demanded compensation for the Strasbourg meetings that were cancelled due to COVID-19.

On top, he expressed “great concern” at the Parliament’s intention to renovate its main building in Brussels at a cost of around €500 million, while at the same time making a counter suggestion to “reflect” upon moving more of the Parliament’s functions to Strasbourg – by acquiring a new EP building in the French city, a hefty 40,000 square-metre business center.

According to Sassoli’s spokeswoman, the parliamentary speaker and MEPs were a “bit shocked” by Beaune’s letter, which they judged as “a bit much”.

“This goes beyond the relations between an EU institution and a national government,” she told AFP. “The letter was received with astonishment and irritation.”

Sassoli, the spokeswoman said, “is not going to respond to Beaune’s letter, received today”.