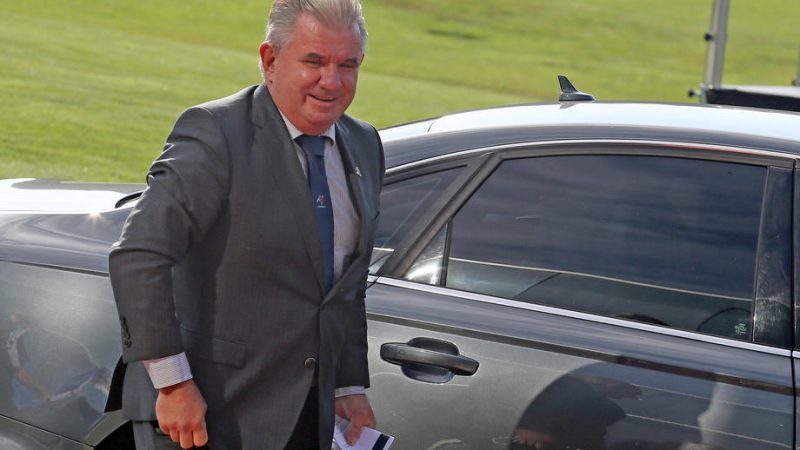 Environment Minister Andrej Vizjak, a close aide of the Slovenian prime minister, could be on his way out. [EPA-EFE / TOMI LOMBAR]

Environment Minister Andrej Vizjak, a close aide of the Slovenian prime minister, could be on his way out after a junior partner in the minority government said it no longer supported him following statements he made in a leaked conversation with a corporate boss 14 years ago.

Matej Tonin, the leader of the Christian democratic New Slovenia (NSi), said after what the party heard “Vizjak can no longer count on the support of the NSi” and urged him to resign.

Tonin said the scandal involving Vizjak from the time he served as the economy minister had disrupted the government’s work.

POP TV has aired several sections of a lengthy recording of Vizjak’s conversation in 2007 with Bojan Petan, the CEO of the spa company Terme Čatež and the publishing group DZS.

Vizjak is heard offering Petan an agreement on the management of Terme Čatež, the owners of which were companies affiliated with Petan and the state.

He is also heard offering Petan the state’s support in his takeover of another spa company while warning him that should certain actions not be to the government’s liking and end up in court, he would find a judge “to break his nuts”.

While Vizjak acknowledged last week that the recording was authentic, he said his goal at the time was to protect the interests of the state in the takeover of Terme Čatež.

Vizjak faces a vote of no confidence in parliament in the coming weeks and it appears likely he will either resign by then or be ousted with the help of the votes of the junior coalition partners.