By Oliver Noyan and Sarantis Michalopoulos | EURACTIV.com and EURACTIV.de 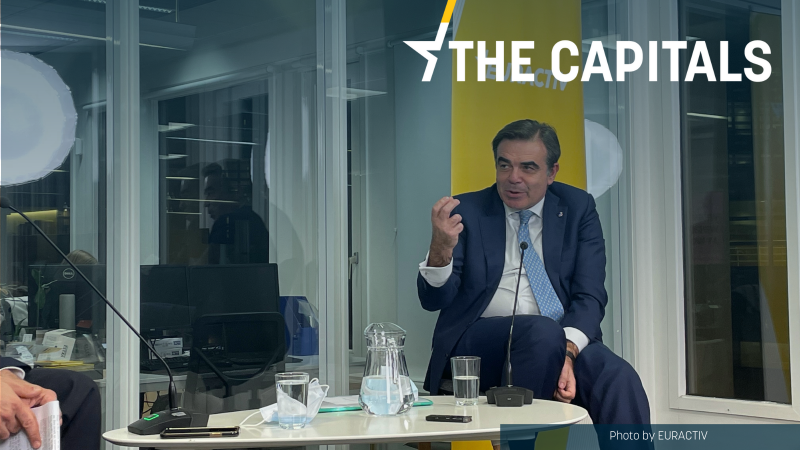 Schinas also described as “mind-blowing” the stance of those refusing to get vaccinated saying “they devise all sorts of conspiracy theories to justify their refusal”. [Photo by EURACTIV]

There is no better opportunity to discuss the issue of mandatory vaccination across Europe at the next EU Council on 16-17 December, European Commission Vice-President Margaritis Schinas said on Thursday at the annual meeting of EURACTIV Network in Brussels.

“These are issues that we need to discuss because they are already happening. The scope of mandatory vaccination is growing. Some member states either did it brutally like Austria, or indirectly, such as Italy, and Portugal and Greece,” Schinas said.

“But she didn’t say on which table […] she didn’t say, or she didn’t imply that the EU as a Union will issue a general guideline that will impose mandatory vaccination across the EU. She said very clearly,” he said.

“So, the President, I think very intelligently, opened the door to this difficult debate without taking it on on us here in Brussels,” he noted, adding that “there is no better opportunity” to discuss this than the EU Council next week.

“Because one of the things that is happening now, and I like to see this happening, is that states and governments may assume collective ownership of everything that needs to be done, and that’s a good thing”.

Schinas insisted that there is significant room for extending the scope of vaccination in EU member states. “I think we’re getting that but again, I don’t think that this should be dictated from Brussels […]  This is something that will have to be a source evaluated in specific national contexts, and also assessed by judges, according to the constitutional realities of our member states.”

Schinas also described as “mind-blowing” the stance of those refusing to get vaccinated saying “they devise all sorts of conspiracy theories to justify their refusal”.

Meanwhile, the Austrian government presented its draft regulation on compulsory vaccination on Thursday. The law will introduce fines of up to €3,600 for those who refuse to get vaccinated.

The draft regulation has been considerably watered down, as the original draft proposal envisioned fines of up to €7,200.

The mandatory vaccination will apply to every resident above 14, except the recovered, pregnant women, and those who cannot get the vaccination for health reasons.

The conservative-Green government tried to reach a consensus on the controversial regulation with the opposition. Both the liberal NEOS and the Social Democrats support the approach to making vaccinations mandatory, starting in February 2022.

“I think that dialogue is the key to overcoming this crisis,” chancellor Karl Nehammer said.

Only the right-wing FPÖ refused to support the proposal. Party leader Herbert Kickl said the introduction of compulsory vaccination would equal punitive action and that it is based on “coercion and dehumanisation.”

“We are the only opposition party left,” Kickl added.

The FPÖ, which fell from grace after the Ibiza-affair – one of the biggest corruption scandals in Austrian history – has tried to make political capital out of the situation by aligning themselves closely with vaccination sceptics.

While the government emphasised that they want to reach their hands out to those who refuse to get vaccinated, vice chancellor Werner Kogler used strong language towards the FPÖ, whom he accused of deepening the divides in Austria with their controversial language.

“We have to take a position if neofascists and neo-Nazis are walking in our streets,” he said, referring to the FPÖ’s support of the mass demonstrations against COVID-19 measures.

One response to “Schinas: ‘Opportunity’ to discuss mandatory vaccination at EU summit”