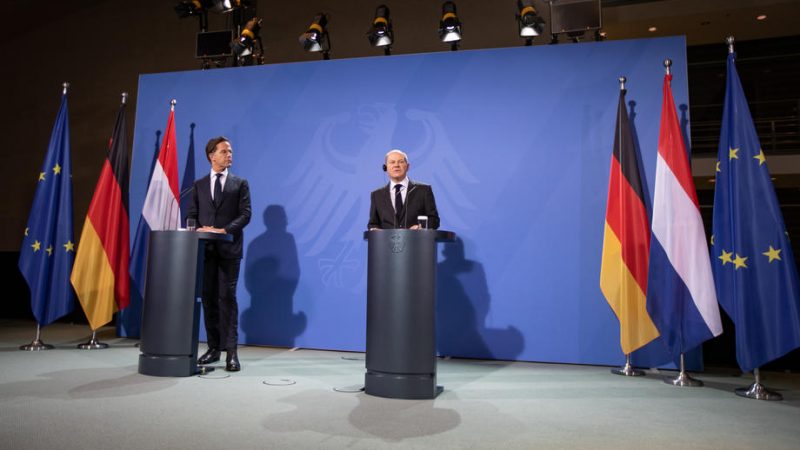 During the first visit of Dutch PM Mark Rutte to Berlin to meet with Chancellor Olaf Scholz, the two affirmed their agreement on issues like Ukraine, the fight against COVID-19, and economic transformation, but differed on nuclear energy. “We have all made it clear that there would be serious consequences if there were military aggression” against Ukraine, explained Scholz at a press conference following his meeting with Rutte, but noted that dialogue via NATO, the Organisation on Security and Co-Operation in Europe and Normandy was key.

“It is difficult, everyone can see that, but it is also equally necessary,” he added.

The two also broached common ground on the issue of the European economic recovery following the downturn caused by the COVID-19 pandemic. Scholz added “what we think is key, is the successful ecological transformation of our economies”.

“On climate change, we will also give the necessary support for the ambitious plans of the Commission,” he said, alluding to the EU legislative proposals tabled in July and December 2021, the Fit-for-55 package.

However, as the green finance row in Brussels over the role of nuclear and fossil gas continues, the stark differences in the German and Dutch approaches are apparent.

Rutte’s meeting with Scholz on Thursday could be interpreted as a snub, as the Dutch premier met with North Rhine-Westphalia’s minister-president Hendrik Wüst the day before.