Scottish leader sets out fresh plans for independence from UK 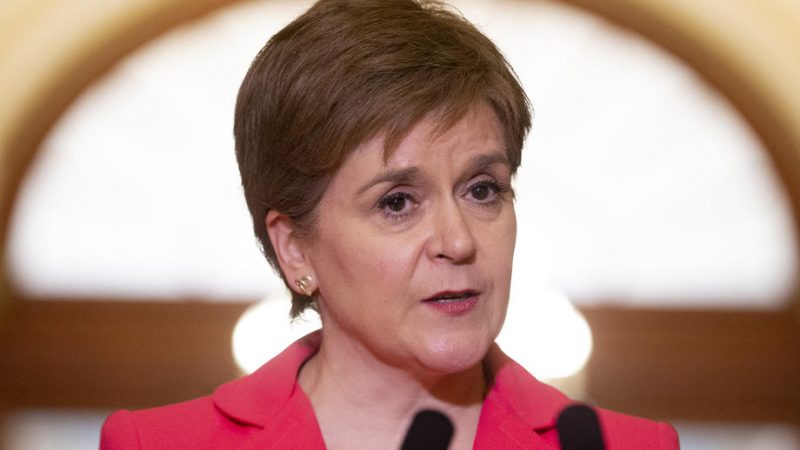 The SNP won last May’s elections on the promise of holding a second referendum on Scottish independence, which Sturgeon described as “an indisputable mandate”. [EPA-EFE/MICHAEL REYNOLDS]

Scotland’s First Minister Nicola Sturgeon on Tuesday announced plans for a “different and better vision” of an independent Scotland after unveiling a paper on Scottish independence that would set the scene for the debate on the second referendum.

The SNP won last May’s elections on the promise of holding a second referendum on Scottish independence, which Sturgeon described as “an indisputable mandate”.

However, holding a vote needs the consent of the UK government, and ministers in Boris Johnson’s government have stated that there will not be a second poll any time soon and that the 2014 referendum must be respected.

“People across Scotland are suffering the impacts of the soaring cost of living, low growth and increasing inequality, constrained public finances and the many implications of a Brexit we did not vote for. These problems have all been made worse or, most obviously in the case of Brexit, directly caused by the fact we are not independent,” stated the Scottish government paper on the country’s economic future.

The paper, which made comparisons between Scotland and a group of EU countries of similar size and resources, concluded that “all of them (are) independent and, as we show today, wealthier and fairer than the UK.”