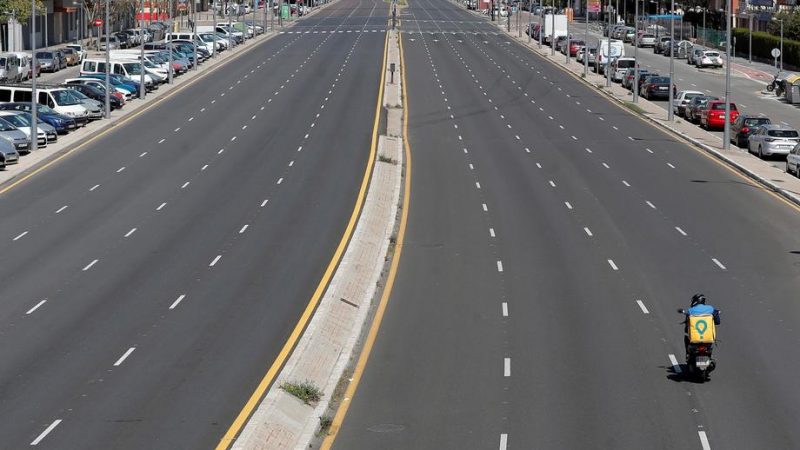 The Spanish government decreed the second state of alarm between 20 November 2020 and 9 May 2021 as a legal instrument to combat the pandemic. [EPA-EFE / KAI FOERSTERLING]

Spain’s Constitutional Court declared on Wednesday (27 October) that the second state of alarm decreed by the Spanish government to combat the COVID-19 pandemic is unconstitutional. Four of the court’s ten judges opposed the decision.

The Spanish government decreed the second state of alarm between 20 November 2020 and 9 May 2021 as a legal instrument to combat the pandemic.

The first state of alarm decreed in March 2020, was also declared unconstitutional in July.

The initiative to challenge both “states of alarm” before the Justice was promoted by far-right party Vox, the third force in the Spanish parliament after the socialist party (PSOE) and centre-right party, Partido Popular (Popular Party, PP).

The first state of alarm implemented severe restrictions to mobility, a nationwide lockdown and a nightly curfew, among other extraordinary measures.

The court considered that the government should have resorted to a state of emergency – which requires parliamentary approval – to limit fundamental rights in the case of the lockdowns introduced to curb the spread of the virus, EURACTIV’s partner EFE reported.

Since March 2020, there has been a lot of debate among legal experts in Spain as to whether a state of emergency was really needed or other legal instruments could have been used to control the pandemic. So far, the virus has claimed the lives of almost 80,000 people in the country.