Serb officials to end boycott of BiH government because of money 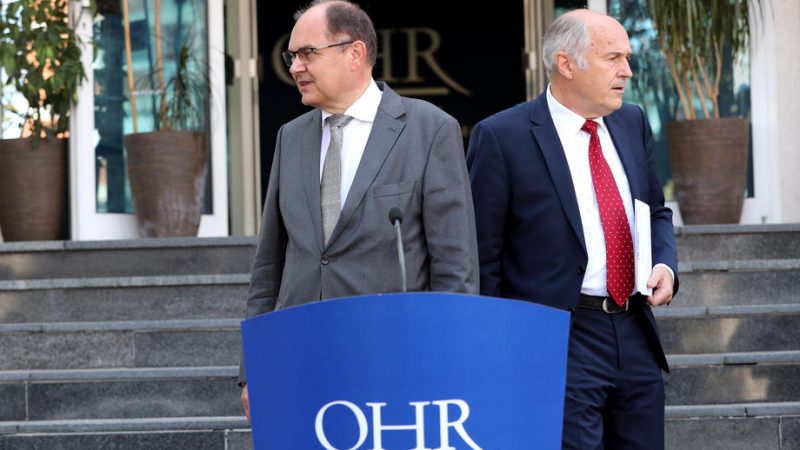 Bosnian Serb ministers will end their boycott of the BiH Council of Ministers. [EPA-EFE/ FEHIM DEMIR]

Following a decision in parliament of the Republika Srpska, the Serb entity, officials from there have been blocking the work of central government bodies since August. They have been protesting against former High Representative Valentin Inzko’s decision to impose a ban on the denial of genocide and the glorification of war criminals and the appointment of Christian Schmidt as BiH new High Representative because they consider it to be an imposed decision.

Officials from the Serb entity have support from Russia and China. While Serbian President Aleksandar Vučić met Schmid, the Serb member of BiH’s Presidency, Milorad Dodik, did not.

Because of the blockade, parliament has not yet adopted the budget for 2021, meaning the Council of Ministers now has to take decisions on temporary financing every three months.

The current decision expires at the end of September. A new decision will have to be adopted to ensure about 20,000 employees in state services and agencies, including about 7,000 employees from the RS entity, receive their wages by the end of the year.

Dodik said the RS entity would provide wages for employees in BiH government bodies from its budget. However, this is deemed as being unrealistic.