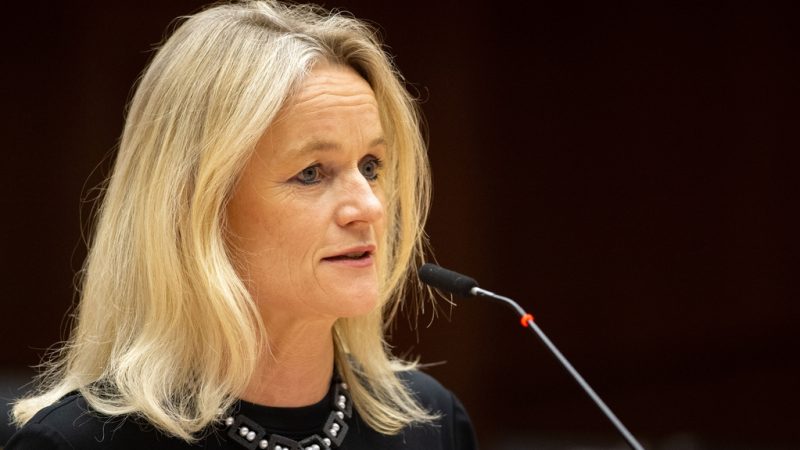 The foreign minister’s comments come after the German MEP told the Belgrade Danas newspaper in an interview that “we shouldn’t necessarily expect results after one round of talks, and we should bear in mind that nothing is agreed upon until everything is agreed.” [European Parliament]

Serbian Foreign Minister Nikola Selaković has accused German MEP and rapport for Kosovo in the European Parliament Viola von Cramon of committing “a serious political and diplomatic violation, trying to downplay and defend Priština’s total lack of readiness to discuss any issue constructively, or meet its obligations.”

The foreign minister’s comments on Wednesday (16 June) come after the German MEP told the Belgrade Danas newspaper that “we shouldn’t necessarily expect results after one round of talks, and we should bear in mind that nothing is agreed upon until everything is agreed.”

According to Selaković, introducing the new – nothing is agreed until everything is agreed – principle in a process relying on clearly defined deadlines is nothing short of an attempt to break the new round of Belgrade-Priština talks, in which Serbian President Aleksandar Vučić and Kosovo Prime Minister Albin Kurti met for the first time.

“Such an interpretation of the Brussels dialogue could also relieve Belgrade of any duty to act in line with the EU-mediated agreements reached over the years, based on Brussels guarantees that they would be implemented, too,” said Serbia’s foreign minister, adding that he hoped that “Ms Viola von Cramon wasn’t suggesting anything like that.” (EURACTIV.rs | betabriefing.com)