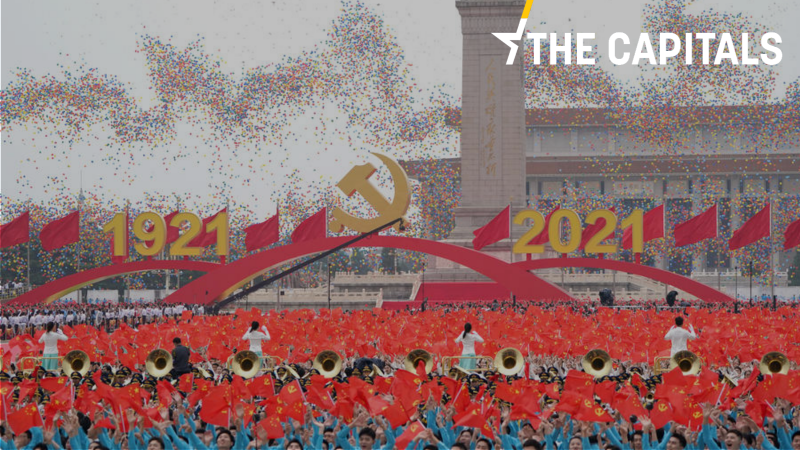 “In the past 100 years, the founders of the Chinese communist party have succeeded in liberating the suppressed creative energy of the Chinese people,” said Vučić.  [EPA-EFE/XINHUA/CHEN YEHUA]

There is no other party or political organisation in the world that could boast what the Chinese communist party has achieved, Serbian President Aleksandar Vučić told an online summit to mark the 100th anniversary of the Chinese Community Party, adding that Belgrade wants to continue strengthening its ties with Beijing.

“In the past 100 years, the founders of the Chinese communist party have succeeded in liberating the suppressed creative energy of the Chinese people,” said Vučić.

According to Vučić, this includes 700 million Chinese citizens being lifted out of poverty as the country succeeded in transforming from a developing country receiving foreign aid to an international superpower in just several decades.

“Through the rational and wise adaptation of the teachings and practices of Marxism to Chinese conditions and by laying the foundations for practising Socialism with Chinese characteristics, Mao Tse Tung, Jiang Zemin, Hu Jintao, and you dear friend Xi Jinping have led the largest project of social development and eradication of poverty in the history of mankind,” said Vučić.

China’s rising influence in the Western Balkan region has not been left unnoticed by the West.

Speaking at a virtual conference with the leaders of the Western Balkan countries on 5 July, German Chancellor Angela Merkel said that it is in Europe’s interest to advance the region’s EU path for “geostrategic reasons.”

Among the Western Balkan countries, except Montenegro, Serbia is the most advanced country in EU talks, as it has opened accession negotiations and chapters since 2014.

At the June NATO summit, Western leaders China as a “challenge” for the first time, prompting the strong reaction of Beijing, which described the move as excessive.

China, which does not recognise Kosovo, has been investing heavily in Serbia.

At the onset of the pandemic it began practising so-called “mask diplomacy,” dispatching millions of masks to Europe starting with Serbia. Vučić even kissed the Chinese national flag in a show of gratitude for China’s timely support against the COVID-19 outbreak.

Moreover, Serbia’s COVID-19 vaccine roll-out has been significantly quick thanks to the vaccine produced by the Chinese pharmaceutical giant Sinopharm.

>>Read the Special editions of the Capitals: How effective is China’s ‘mask diplomacy’ in Europe?