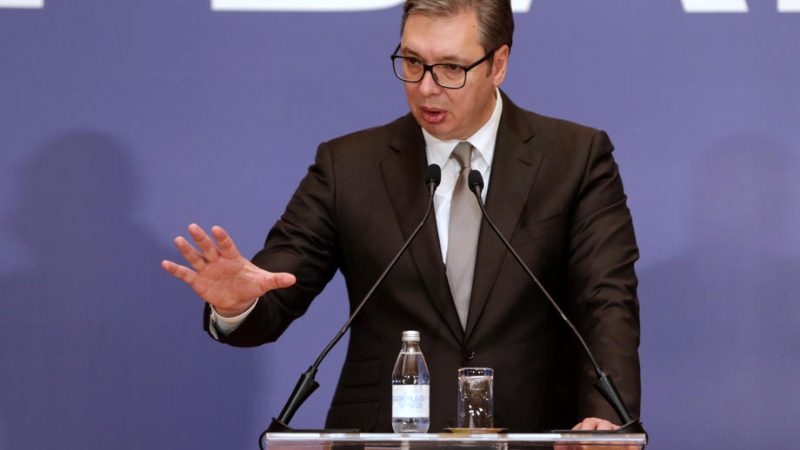 Interior Minister Aleksandar Vulin was informed by Europol that a criminal group was planning the assassination of President Aleksandar Vučić, Vulin said on 21 January, adding that police would do everything to protect the president.

“With an urgent report that a member of the EU sent through Europol on 14 January, using official channels of communication between police departments, the Ministry of the Interior was officially made aware of operative information that an organised criminal group was plotting to assassinate Serbian President Aleksandar Vučić,” Vulin told reporters in Belgrade.

The minister said that Serbian police and Europol representatives had launched an operation to identify members of the organisation and had discovered that the leader of the group was a Montenegrin national, Radoje Zvicer. The individual is suspected of being the boss of the Montenegrin ‘Kavak’ organised crime group.

Vulin said that an investigation would show if Zvicer had independently formed the group to kill Vučić or was ordered to do so by “his political boss.”

Prime Minister Ana Brnabić said that according to the report, the assassination was planned to take place in the first half of February.

President Vučić said on 22 January that he had only read Europol’s information that an assassination attempt was being prepared on him and that he knew nothing more about it.

“One European country forwarded operational information about it (assassination attempt), they gave a lot of details, and I thank them for that,” Vučić said.