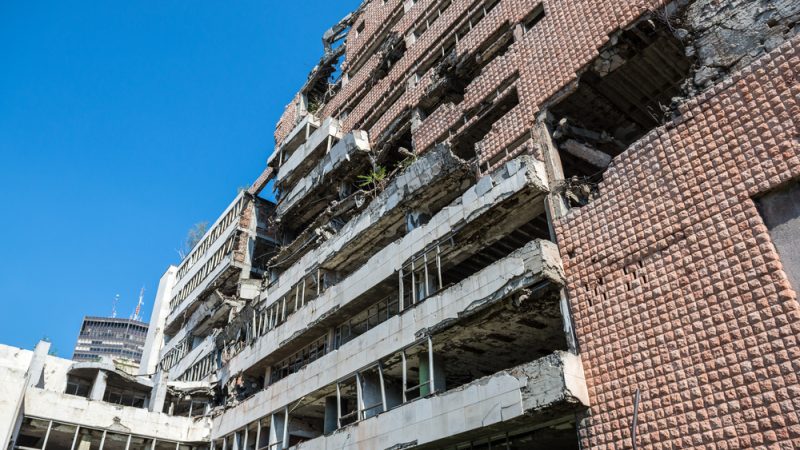 Serbia marked on Wednesday 22 years since NATO’s 11-week-long bombing campaign against the Federal Republic of Yugoslavia, in which, according to unofficial sources, around 2,500 civilians and 1,000 soldiers and police were killed. [Shutterstock/ Fotokon]

Serbia marked on Wednesday 22 years since NATO’s 11-week-long bombing campaign against the Federal Republic of Yugoslavia, in which, according to unofficial sources, around 2,500 civilians and 1,000 soldiers and police were killed.

The NATO campaign came in the wake of the failed negotiations on the resolution of the Kosovo crisis in Rambouillet and Paris, France, in February and March 1999.

The bombing of Yugoslavia ended on June 10, 1999, with the adoption of Resolution 1244 by the UN Security Council, after which the Serbian military and police began withdrawing from Kosovo and international military troops began deploying there.

The 78 days of bombing left the country’s civilian and military infrastructure and economy severely damaged. According to the UNHCR, around 230,000 Serbs and Roma left Kosovo following the arrival of the international forces, while some 800,000 ethnic Albanian refugees returned.

Serbian parliament speaker Ivica Dačić said on Wednesday the resolution that ended the bombing “had to be accepted,” but “whatever was good about it has never been implemented.”

Daćić, the leader of the ruling Socialist Party of Serbia, the party of former Yugoslav president Slobodan Milošević, said Serbia “defended its territorial integrity” in 1999 while Albanians “orchestrated a humanitarian catastrophe to serve their own political agenda, and succeeded in doing so.”

He said Serbia could not accept the terms offered to it during internationally mediated negotiations with Albanians in Kosovo, explaining that “even today, no one would accept those terms,” which would enable Kosovo Albanians to hold an independence referendum after two years.