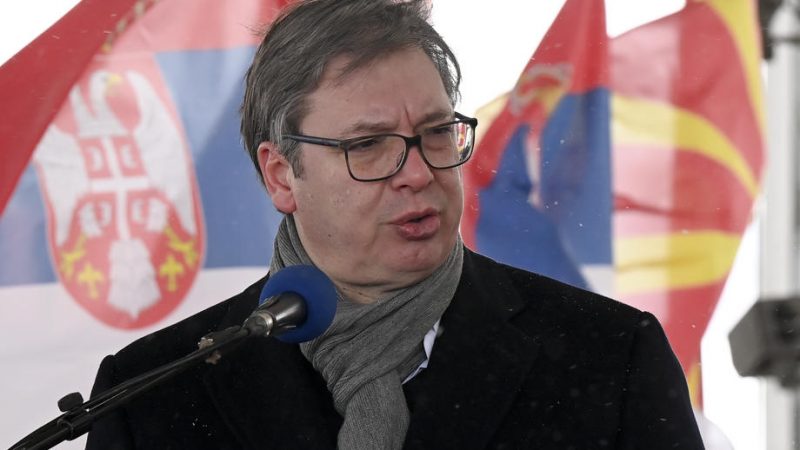 The first batch of COVID-19 vaccines created by the British-Swedish pharmaceutical company AstraZeneca and manufactured in India arrived in Serbia on Sunday. [EPA-EFE/GEORGI LICOVSKI]

The first batch of COVID-19 vaccines created by the British-Swedish pharmaceutical company AstraZeneca and manufactured in India arrived in Serbia on Sunday.

Serbia is the only state – aside from the United Arab Emirates – that made more than three types of the COVID-19 vaccines available to its citizens, President Aleksandar Vučić said at the Belgrade Airport, where he received the initial consignment of 150,000 doses.

“It took a lot of effort, but we have succeeded thanks to our friends in Great Britain and India. I begged [British Prime Minister] Boris [Johnson] and some other people not to reveal everything, and I would like to thank them for their support, for being willing to hear us out, and for the attention that they have paid to our small Serbia,” said Vučić.

For her part, Britain’s Ambassador to Serbia, Sian McLeod, confirmed the team of scientists that worked on the AstraZeneca vaccine included young people from Serbia.

Serbia was the first country in the region to receive vaccines manufactured in India, the Indian Embassy said in a press release published on Sunday. The vaccine shipment came from the worlds’ largest vaccine manufacturer, the Serum Institute of India.

“The supply of vaccines by India to friendly countries fulfils the commitment made by Prime Minister [Narendra] Modi in 2020. In his address at the Global Vaccine Summit in June 2020, he said, ‘India not only has the capacity to contribute to global health efforts, but also has the will to do so in a spirit of sharing and caring,'” the press release said.