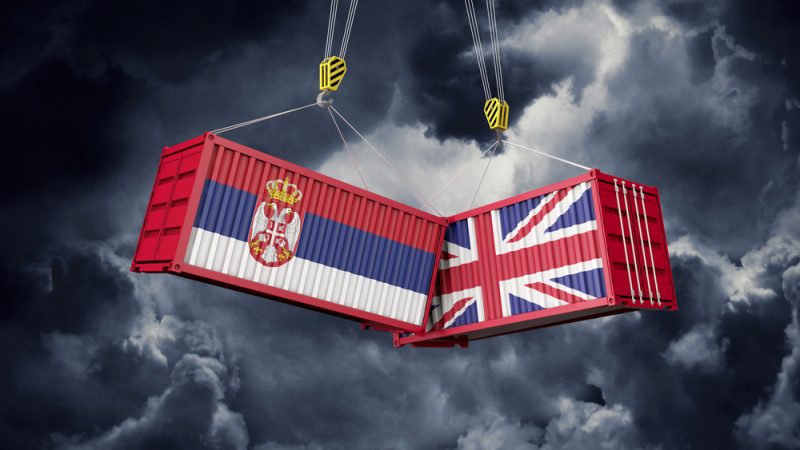 The agreement has provided new legal grounds for bilateral trade regulations, which were shaped by the Stabilization and Association Agreement between the European Community countries and Serbia. [Shutterstock/Ink Drop]

The agreement has provided new legal grounds for bilateral trade regulations, which were shaped by the Stabilization and Association Agreement between the European Community countries and Serbia.

Minister Matić underlined that the agreement would maintain the level of bilateral cooperation in all areas, as well as the degree of trade liberalisation that existed until 31 December 2020, before Brexit.

Ambassador MacLeod said that with the personal support of Prime Minister Boris Johnson and President Aleksandar Vučić, the UK and Serbia had been working together to build a stronger relationship, focused on the future, adding that a boost to trade and investment was part of that ambition.

The British embassy stated that the UK and Serbia have signed the agreement to ensure £682m trade can continue and grow between the two countries. The preferential trading terms secured by the agreement will enable British business to trade as they did before 1 January 2021.

Top UK exports to Serbia include scientific instruments, medicine and pharmaceutics, machinery and clothing. The agreement will now be subject to domestic parliamentary procedures in both the UK and Serbia, the embassy stated. (EURACTIV.rs | betabriefing.com)