Serbia unhappy after Kosovo leader hints at unification with Albania 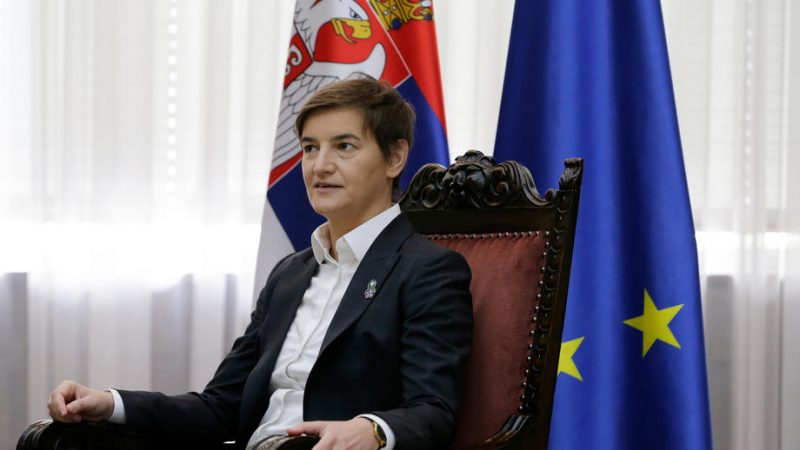 Brnabić reacted to Kurti’s statement by calling it “another stone in undermining the foundations of regional stability and security.” [EPA-EFE / ANDREJ CUKIC]

Brnabić reacted to Kurti’s statement by calling it “another stone in undermining the foundations of regional stability and security.” Kurti previously said he would vote for unification in a referendum as long as it was conducted democratically and peacefully.

The Serbian leader accused Kurti of pursuing a policy of unification.

She called on European Parliament rapporteur Kosov Viola von Cramon to speak out. “Every silence is a sign of approval”, she said.

Cramon recently published an op-ed on EURACTIV where she criticised Serbia for its lack of progress on the rule of law and said the European Commission is being too soft and compromising standards.

Meanwhile, the Kosovo and Albanian governments will meet on 26 November to discuss possible collaboration in several fields. Albania’s foreign minister Bledi Cuci said they would sign several agreements on the passage of people and goods across the border and a new crossing point at Shishtavec.