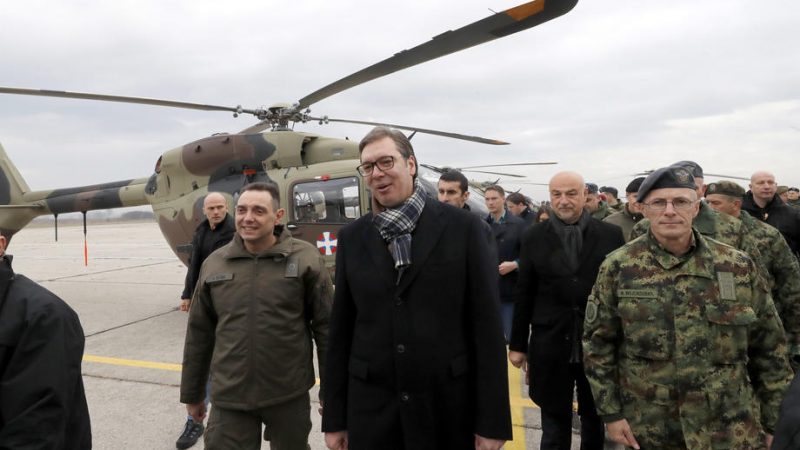 The minister added that the withdrawal of the bill was his personal failure and that he would face the consequences. [EPA-EFE/KOCA SULEJMANOVIC]

Serbian Interior Minister Aleksandar Vulin said on Thursday that he has withdrawn the bill on interior affairs which had drawn significant criticism, both locally and internationally. The bill was reportedly withdrawn on the request of President Aleksandar Vučić, and that by doing so, it would ” avoid bloodshed in the streets of Belgrade.”

The bill included provisions that would allow the legal regulation of facial recognition cameras throughout the country.

Vulin said that this would have been an asset to the police in solving murders and serious crimes but that the bill was attacked ‘by all Western NGOs, and their financiers and bosses.”

He added in a press release, “Through intelligence services we obtained information that several Western intelligence services, through their networks of agents in the media, NGOs and political parties, have prepared the media for organising violent protests with the goal of destabilising Serbia. Serbian heads are of no importance to them and they are ready to throw them away in senseless clashes.”

The minister added that the withdrawal of the bill was his personal failure and that he would face the consequences, but that he would continue fighting for a safe Serbia despite “agents and their financiers.”

“The bill on interior affairs has been withdrawn, you will have to find some other reason for bloodshed in the streets of Belgrade,” Vulin also said.

Legal experts and opposition have slammed the draft law, warning, among other things, about the possible abuse of special cameras for facial identification.