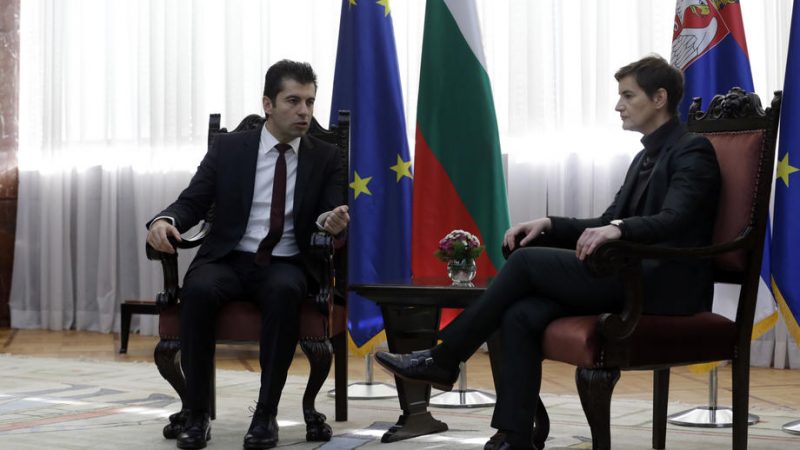 Serbian Prime Minister Ana Brnabić and her Bulgarian counterpart Kiril Petkov talked in Belgrade on Tuesday about establishing a joint energy market, which they said would make the economies of both countries more competitive.

At a joint news conference at the Palace of Serbia, Petkov stressed that to Sofia, regional connectivity was important as a requisite for economic development, with an emphasis on energy connectivity.

“Together we are also much stronger in negotiations with countries outside the region, the Greek connection is a priority to Bulgaria so that we can have direct access to liquid gas,” Petkov said.

He also said that there was great potential for a united natural gas market which required connections with North Macedonia, Greece, Serbia and Romania. “Our goal is for all of us to be united in a single market,” Petkov said, stressing that with a joint energy market, the Balkans, which were home to 65 million people, could become the fastest-growing region.

Vučić said that the Balkan Stream natural gas pipeline project, which transports gas from Turkey via Bulgaria and Serbia to central Europe, “is essentially important” to cooperation and the region’s development.

He said that the construction of a gas interconnector in Dimitrovgrad, near the Bulgarian border, would secure safe supplies of natural gas and the diversification of sources, the Serbian president’s office said in a statement.