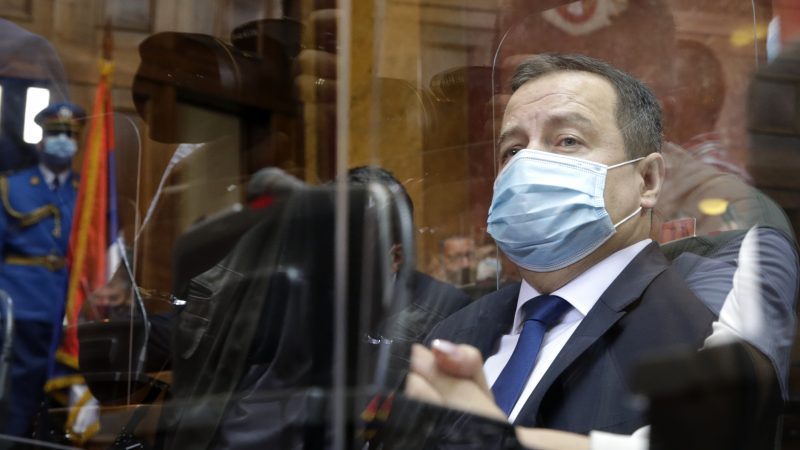 The “betrayal” of Kosovo “is the furthest thing from the mind” of the ruling coalition in Serbia, parliament speaker Ivica Dačić said on Thursday, adding that the option of recognising the territory’s independence in a dialogue with Priština was not a realistic solution.

Kosovo could “only” count on 92 of the 193 votes in the UN, Dačić added, noting that both Priština and the West needed to be aware of “the political reality”. If there was no proposal for a compromise “there is no initiative that can force Serbia to accept something,” he said.

“Some people think that this is a dialogue that will end in Serbia recognising Kosovo as the final solution. This is unrealistic and will not happen. The Trump administration was the only one to understand that a certain compromise needed to be found and the sooner some European states understand this and force Priština to discuss a compromise the sooner there will be a solution,” Serbia’s former foreign minister told the portal Kosovo online.

Dačić pointed out that the “essence” of the problem is that neither Serbia nor Kosovo, “as an allegedly independent state”, have “full sovereignty” over the whole territory of Kosovo.