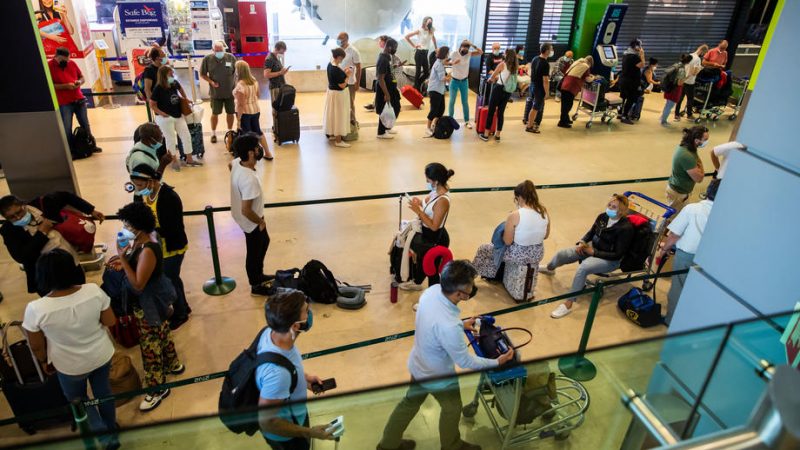 Meanwhile, EU countries, candidate countries and the UK all banned Russian flagged aircraft from landing in their airports or traversing their skies as part of wide-ranging sanctions. [EPA-EFE/JOSE SENA GOULAO]

National flag carrier Air Serbia will have to “reset to factory settings” and run eight rather than the current 15 weekly flights to Moscow like it did before the crisis, following pressure from Europe, the Politika newspaper reported on Wednesday.

Meanwhile, EU countries, candidate countries and the UK all banned Russian flagged aircraft from landing in their airports or traversing their skies as part of wide-ranging sanctions.

Serbia, however, decided to increase flights.

The EU’s ban on Russian aircraft entering the EU’s airspace due to the Ukraine invasion and Russia’s countersanctions that followed have made Serbia the only state whose airline can freely operate air routes between Russia and European destinations, Politika explained in an article.

But instead of keeping the number of flights at the same level, or banning them in line with all other European countries, they increased them. Pressure has come from various directions such as the EU who has reminded Serbia that as a candidate country, they are expected to align their foreign policy with that of the union.

Serbian President Aleksandar Vučić said that in a few days, Air Serbia would again have one flight to Moscow a day, blaming a campaign against Serbia for making money off “Ukrainian blood.”