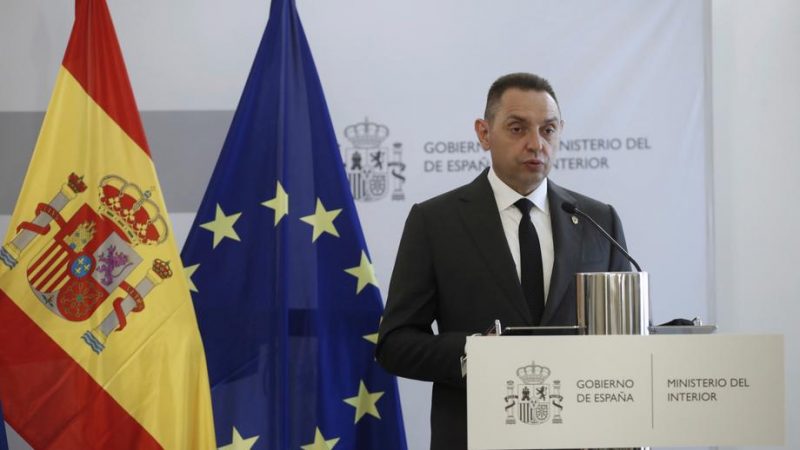 Gomes said that Serbia was the first country outside the EU with which Spain had formed a joint investigative team. [EPA-EFE/J.P. Gandul]

The interior ministers of Serbia and Spain, Aleksandar Vulin and Fernando Grande-Marlaska Gomes, met in Madrid on Thursday to discuss the development of cooperation, especially in training, the exchange of information and suppression of cyber-crime, while Vulin also spoke about Kosovo.

Gomes said that Serbia was the first country outside the EU with which Spain had formed a joint investigative team.

“The forming of such joint teams reflects the full confidence between the two countries, and I wish to thank Europol and Eurojust for establishing our direct link. However, this is also the result of the years of successful cooperation between Spain and Serbia,” Gomes stated.

“Spain’s voice means a lot to us. Wherever it is heard, we know that we have the voice of a friend. In many ways, Spain and Serbia are distant and different countries, but we agree and are the same regarding one thing: we know the evil of separatism and we know that abiding by international law guarantees lasting peace,” Vulin stated.