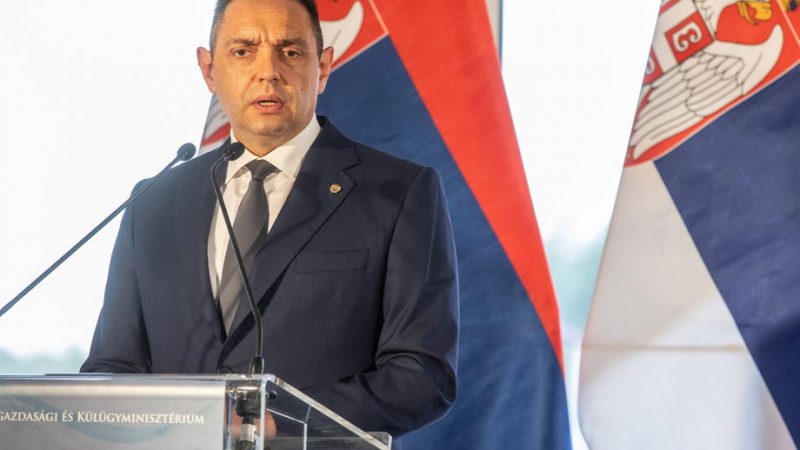 “Last May, Vulin visited Moscow to deliver the transcripts of our Belgrade meetings. He met with National Security Secretary Nikolai Patrushev and they then formed a so-called working group for combating coloured revolutions,” Kara-Murza told the Wednesday edition of the Nova daily.

The newspaper describes Kara-Murza as a Russian politician, writer and historian who was instrumental to adopting the Magnitsky Act in the United States, Canada, the EU and the UK – a law mandating sanctions against Russian citizens who violate human rights.

Kara-Murza further told the daily that members of the Russian opposition had attempted to hold a gathering in Moscow but that “a few dozen police units armed to the teeth burst into the room” and arrested them.

According to him, this led to them meeting at a later date at a hotel in Belgrade. “[Our] conference lasted a week, and we immediately noticed we were being followed. All our conversations were recorded,” Kara-Murza said, adding that Pivovarov had organised their gathering in Belgrade.

Earlier, media reported Belgrade was chosen because Russian citizens can enter Serbia without a visa.

Later on Wednesday, Vulin denied the accusations, saying that “every fool can have his own opinion, just as every spy can present himself as a humanitarian worker or activist of any kind.”

“I don’t know which category Russian opposition politician Vladimir Kara-Murza falls into, but I know that he is a liar who will have to prove his lies before both Serbia’s and Russia’s courts, wherever I can bring him to justice. Lying that the Interior Minister gives any information to anyone is a dangerous and calculated manner to present Serbia as a non-sovereign country ruled by others,“ Vulin said, according to a statement of his ministry.