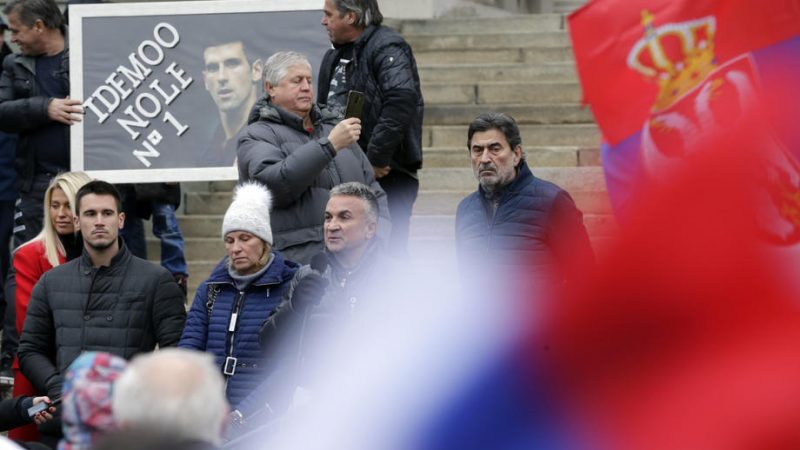 The president of the Olympic Committee of Serbia, Božidar Maljković, sent a letter to his Australian counterpart John Coates on Sunday in which he strongly protested against the treatment of tennis No 1 Novak Djokovic.

“The political authorities of your territory have taken a right that in no way belongs to them, to use their decisions to influence the ranking of tennis players on the ATP list,” wrote Maljković.

He added that “Novak is special only by his athletic greatness, otherwise he is a typical, modest Serbian young man who helps people in need and who does not expect help when an injustice is done to him.”

Djokovic, who has refused to receive COVID vaccinations, has been held in an immigration detention centre as his lawyers prepare to appeal against a decision by Australia’s federal government to cancel his visa,

Last week, Djokovic was denied entry to Australia, where he was hoping to defend his Australian Open title. Australia’s Covid border rules ban non-double vaccinated foreigners from entering unless they have a medical exemption.