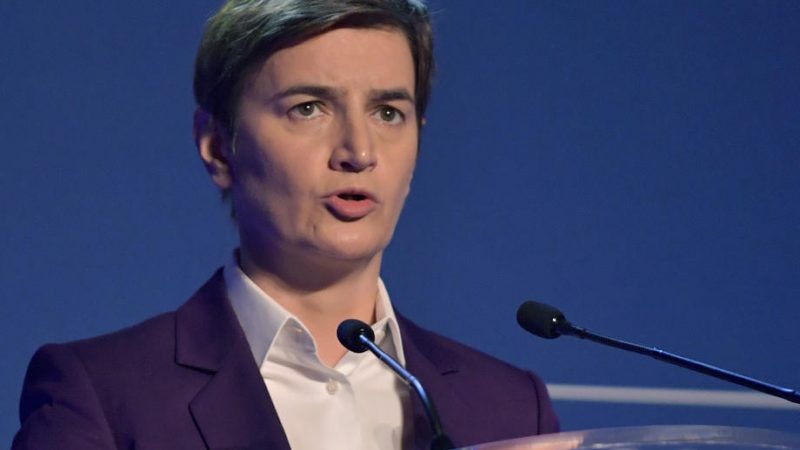 Serbian Prime Minister Ana Brnabić told reporters that it was not just this project that had been stopped but all other activities in Serbia related to exploring lithium reserves. [EPA-EFE / JULIEN DE ROSA / POOL]

Rio Tinto’s Jadar project, subject to nationwide protests last year, has been halted because it could not be granted an exploitation field permit, Serbian Prime Minister Ana Brnabić said on Tuesday.

Brnabić told reporters that it was not just this project that had been stopped but all other activities in Serbia related to exploring lithium reserves. She previously told Prva TV that the process would unfold so that Rio Tinto’s permits would expire. “The permit will expire, we will terminate the special purpose spatial plan and that is that.”

The Rio Tinto lithium project in the Jadar Valley, near Loznica in western Serbia triggered massive protests with citizens and ecological organisations demanding that all of the deals reached with Rio Tinto be made public and that a governmental decree on a spatial plan for the company’s project be abolished.

Brnabić said that the Cabinet had not signed any contract with Rio Tinto apart from approving a special purpose spatial plan which was necessary for the company to know the scope of a study on the project’s environmental impact.

She said that the government would fight the company if it asked for damages.

In a release on 18 January, the Rio Tinto corporation said it had pushed its timeline for the Jadar Project over delays in approvals. “Based on current estimates and on condition all relevant approvals and permits are obtained, first saleable production is not expected before 2027,” the release said, adding that the initial timeline was 2026.

The company also said it remained committed to developing the Jadar project and that it would have to listen to and respect the positions of all the stakeholders. Rio Tinto said it would continue to engage with the community and explain all the issues related to the project’s potential impacts on the environment. (EURACTIV.rs | betabriefing.com)