Serbian PM: Serbia, Montenegro to have the closest relations 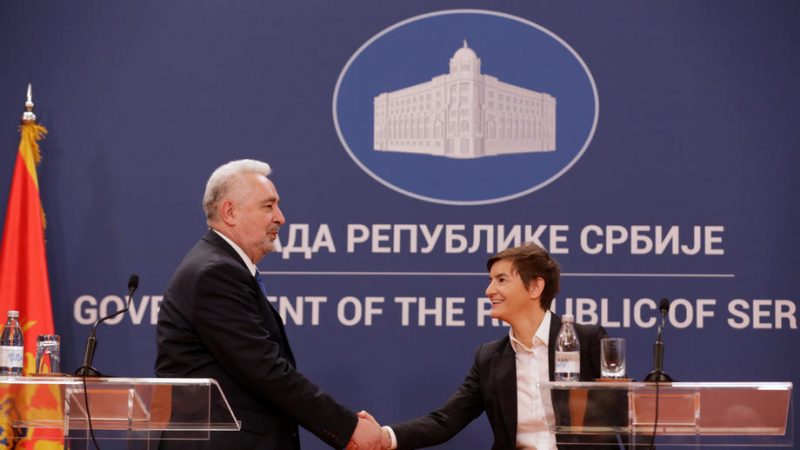 “I hope that this first visit opens a new chapter in the relationship with the government of Montenegro, and that aside from the restoration of political dialogue, the result of this visit will be stable and richer bilateral ties,” Brnabić said at a joint press conference in Belgrade with her visiting Montenegrin counterpart, Zdravko Krivokapić.

Brnabić said that they had discussed the development of infrastructure, regional relations and stability and ties between the two countries.

Asked about the controversy his reception in Belgrade has caused, Krivokapić said that he was welcomed in Belgrade “at the highest possible level, with the utmost hospitality” provided for him.

On Tuesday, Serbian deputy prime minister and minister of agriculture Branislav Nedimović, welcomed Krivokapić at the Nikola Tesla airport wearing jeans, and without a tie. That was described by the Montenegrin opposition, and many in Serbia, as a humiliation, but was played down by Krivokapić.

“Mr. Nedimović was extremely cordial and pleasant, and I didn’t pay much attention to people’s looks in that technical part of the reception. I know that in a diplomatic sense it might have sent a certain message, but his words and very warm welcome conveyed much more than whether he was wearing jeans or not,” Krivokapić said to reporters.

At a meeting with President Aleksandar Vučić, earlier that day, Krivokapić expressed readiness to improve bilateral ties and said that “Montenegro welcomes a strategy of carefully weighed steps for a mutually useful bilateral relationship.”