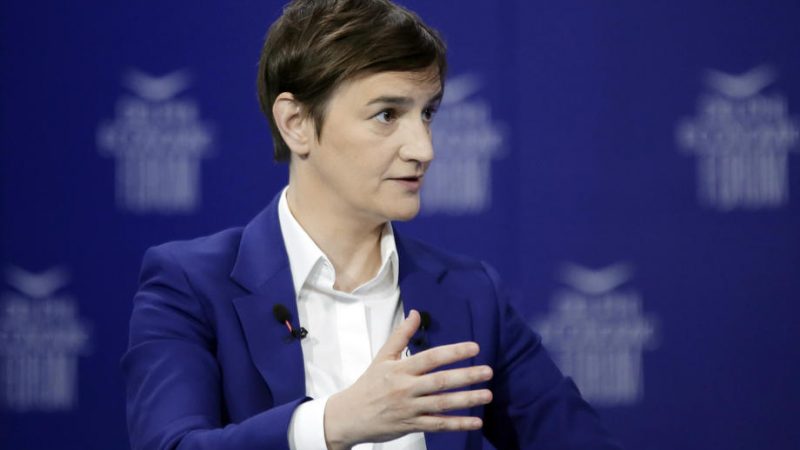 Brnabic tressed that this was a continuation of cooperation that began in the darkest times of the COVID-19 crisis. [EPA-EFE/VAIOS CHASIALIS]

“Whatever you do, it’s never enough… I think this is a political game that will be counterproductive because the people you keep criticising will get tired at some point,” Brnabić added.

As for the event, Brnabić said it was “challenging to say or hear something new” at the third Western Balkans summit over the past eight days.

In Vienna on Friday, the EU’s special representative for the Belgrade-Pristina dialogue and other regional issues, Miroslav Lajčak, said efforts were needed to restart the EU integration process in the Western Balkans because things were clearly not going very well.

“Eighteen years after a clear message was sent at the Union’s summit in Thessaloniki, that the region deserved a European perspective, only one Western Balkan state has become a member, two have started accession negotiations, yet with no progress over the past two years, two are still just hoping to become candidates and the Union has yet to liberalise its visa regime with Kosovo,” Lajčak said after the summit.

The summit was attended by the prime ministers of Serbia, Kosovo, Montenegro, and North Macedonia – Ana Brnabić, Albin Kurti, Zdravko Krivokapić and Zoran Zaev – as well as the chairman of the Council of Ministers of Bosnia and Herzegovina, Zoran Tegeltija, and Albania’s Infrastructure and Energy Minister, Belinda Balluku. (EURACTIV.rs | betabriefing.com)

One response to “Serbian PM: Western Balkans frustrated with EU”