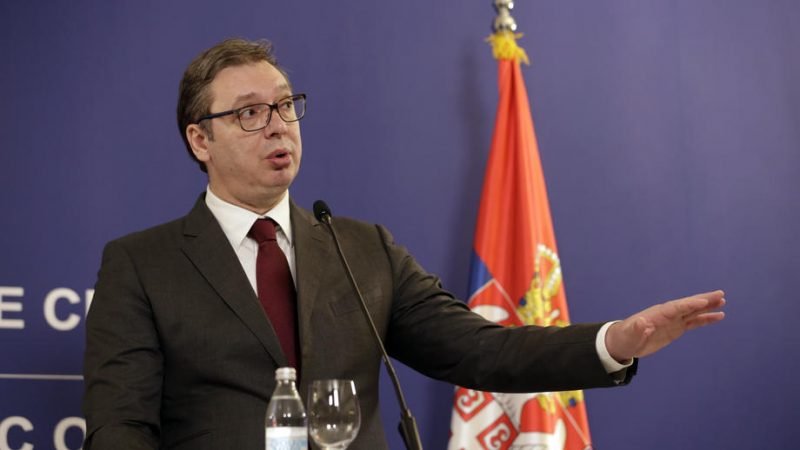 Serbian President Aleksandar Vučić and Matej Zakonjšek, the director of the Permanent Secretariat of the Transport Community met in Belgrade on Tuesday. [EPA-EFE/ANDREJ CUKIC]

Serbian President Aleksandar Vučić and Matej Zakonjšek, the director of the Permanent Secretariat of the Transport Community, met in Belgrade on Tuesday to discuss the development of a regional transportation network and transport networking of the Western Balkans with the EU – a project which would benefit citizens and businesses alike.

Zakonjšek presented the Transport Community’s priorities relating to the networking of transport infrastructure into the Trans-European network, transport safety, the implementation of the European acquis, and standards in the transportation field, which implied digitalisation and environmental improvements. Other priorities include a faster flow of goods at the borders by establishing common control, and the revival of railway and waterway transport, according to a release from the president’s office.

The Serbian presiden asked Zakonjšek to assist in establishing Green corridors – like the ones set up during the pandemic – along the Western Balkan borders with the EU by removing barriers to ensure a faster flow of goods.

The agreement on establishing the Transport Community was signed at the Berlin Process Summit in July 2017 in Trieste, the permanent secretariat of which is located in Belgrade.