Serbian soldiers claim being forced to get vaccinated 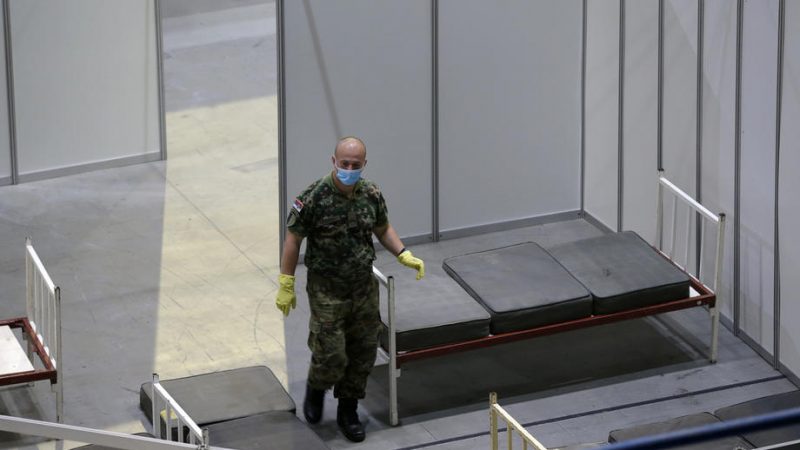 A Serbian army soldier wears a face mask as he helps prepare beds at the Stark Arena (formerly the Belgrade Arena), which is being refitted into a makeshift hospital for people infected with the SARS-CoV-2 coronavirus that causes the COVID-19 disease, in Belgrade, Serbia, 06 July 2020. [EPA-EFE/ANDREJ CUKIC]

The Serbian Military Union have received complaints from a number of soldiers who claim that their unit commanders are pressuring them to get vaccinated against COVID-19 and that those unwilling to comply are threatened with disciplinary actions, said a statement by the military union issued on Thursday.

According to the statement, certain commanders are using their authority to coerce the soldiers into taking the vaccine by invoking the Serbian Armed Forces’ Rules of Procedure.

“The Serbian Constitution is, in the hierarchy of legal acts, at the top. And no bylaw, such as the Rules of Procedure, for instance, may deny or diminish the rights guaranteed by the Constitution,” the union said.

Each soldier should be free to decide whether or not to get inoculated against the virus, and each has the right to know the vaccine composition and potential side effects it may cause.

“We should not disregard the fact that the vaccine is one of the greatest civilisational and medical achievements in disease protection, but at the same time, the decision [to get the shot] is exclusively up to every individual, and no one should be sanctioned for his or her decision,” the union concluded. (EURACTIV.rs | betabriefing.com)