Serbs in Kosovo not pleased with government but want interests represented 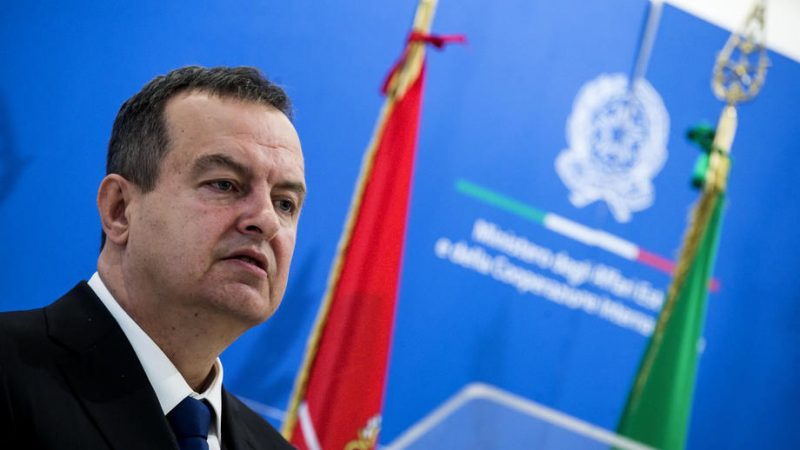 By winning all ten seats in the Kosovo assembly allocated for the Serbs, the Serb Ticket had become a factor that could not be avoided during the formation of a new cabinet, Serbia's parliament speaker added. [EPA-EFE/ANGELO CARCONI]

It was positive to see a large number of Serbs cast ballots in Kosovo’s recent snap elections and vote for the Serb Ticket party as it represented a connection with Serbia, Serbian parliament Speaker Ivica Dačić told Pink TV on Tuesday.

He added that while Serbs in Kosovo are not ‘pleased’ with any government in Pristina, they still wanted their interests represented in the institutions.

By winning all ten seats in the Kosovo assembly allocated for the Serbs, the Serb Ticket had become a factor that could not be avoided during the formation of a new cabinet, Serbia’s parliament speaker added.

Dačić also commented on the statement by Albin Kurti, leader of the Self-Determination movement which won the largest number of ballots, who said that resuming the dialogue with Belgrade was not his priority. I am not “surprised by the statement”, said Dačić, adding that if Kurti forms a cabinet, the time ahead “will not be easy for the dialogue.”

According to Dačić, preserving “peace and stability in the region and honouring an agenda which is sustainable at this time,” such as the free movement of goods and persons, is important.

The EU’s chief diplomat Josep Borrell and Enlargement Commissioner Oliver Varhelyi said on Monday they expected a constructive engagement of Priština in the resumption of the EU-mediated dialogue with Belgrade aimed at reaching a comprehensive agreement on the normalisation of relations. (EURACTIV.rs | betabriefing.com)