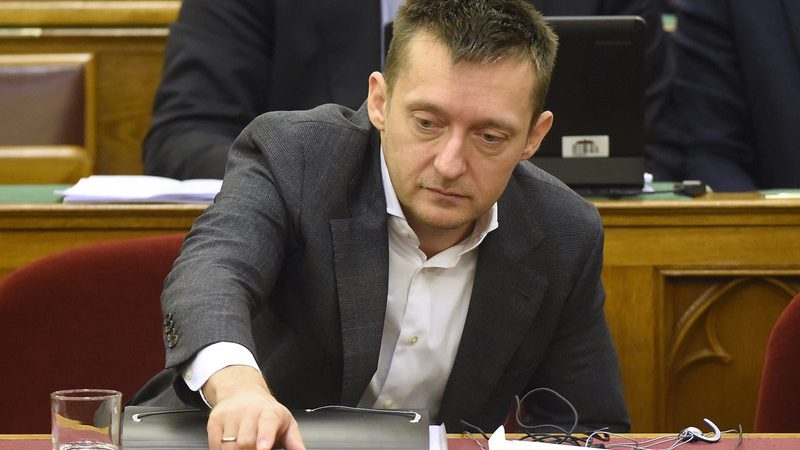 A friend of Antal Rogán, Viktor Orbán’s cabinet chief frequently referred to as the “propaganda minister” by local media, recently acquired a 50% stake in Pesti Hírlap. Still, owners have denied any association with the government.

The newspaper was criticised by online outlet 444.hu for its front page and several articles on 13 October. The Pesti Hírlap articles about social democrat opposition PM candidate Klára Dobrev, -whom analysts widely considered to be the preferred candidate of the ruling Fidesz party- were written in a strikingly positive tone. They included a smiling photo of Dobrev titled “she would govern with heart and soul”. In comparison, a sombre image of Péter Márki-Zay accompanied a report on his apology following an incident where he accused some in the opposition of being ‘traitors’.
This was exacerbated by Wednesday’s (14 October) front page, on which Péter Márki-Zay’s sentences were misleadingly placed without context, reportedly serving as the cause for the staff to leave the paper.

István Pion, the outgoing editor-in-chief, confirmed the resignation in a statement to 24.hu, but said only that he had spent “a very nice year and a half at Pesti Hírlap, but he does not want to talk about the end”. István Zoltán Csider, who also left, also gave a statement to the paper: “Those headlines were professionally unacceptable. It was not our idea, it was not the editor-in-chief’s idea.”

An anonymous source also confirmed to Telex that the misleading headlines were the reason for the resignations of the three staff members.