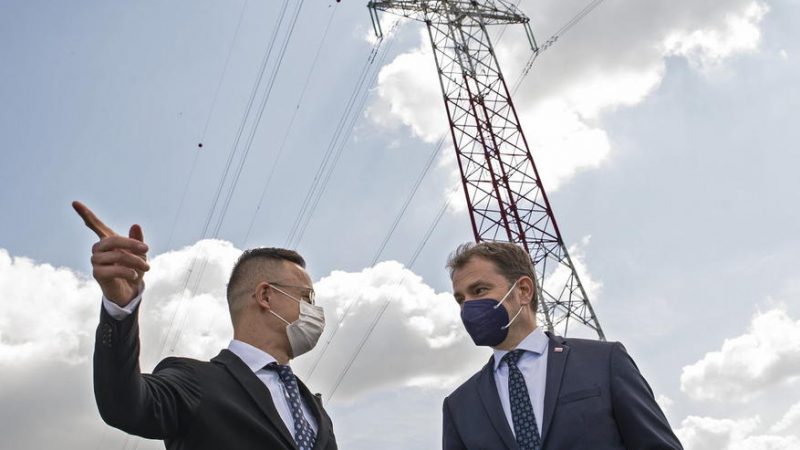 The agreements are being slowed down by Slovak public procurement rules and in the current situation, suppliers are not willing to guarantee the price for long periods. [EPA-EFE / CSABA KRIZSAN]

Some Slovak cities have still not managed to close deals to supply gas and electricity for next year and are struggling with high prices on the wholesale market.

The agreements are being slowed down by Slovak public procurement rules and in the current situation, suppliers are not willing to guarantee the price for long periods.

This is the case of the city of Prešov, the third-largest city in the country which does not have an energy and electricity supplier contracted. Another big city, Trenčín, has electricity supply contracted, but not natural gas, which is widely used for heating in Slovakia. Around 50% of Slovak municipalities have not agreed on contracts for at least one of the sources.

Generally, cities and municipalities that closed their deals before the price shocks are currently in a better position. Those that did not will have to pay more or cut their expenses. Electricity on the wholesale market is approximately three times more expensive than last year. The price of natural gas is four times higher.

The biggest Slovak municipality association ZMOS (Association of Slovak cities and villages) will discuss the issue at their economy and social committee meeting on Monday. ZMOS has already stated that municipalities need government help. They also want the National Audit Office to give them exceptions and let them buy electricity and gas outside strict public procurement rules.