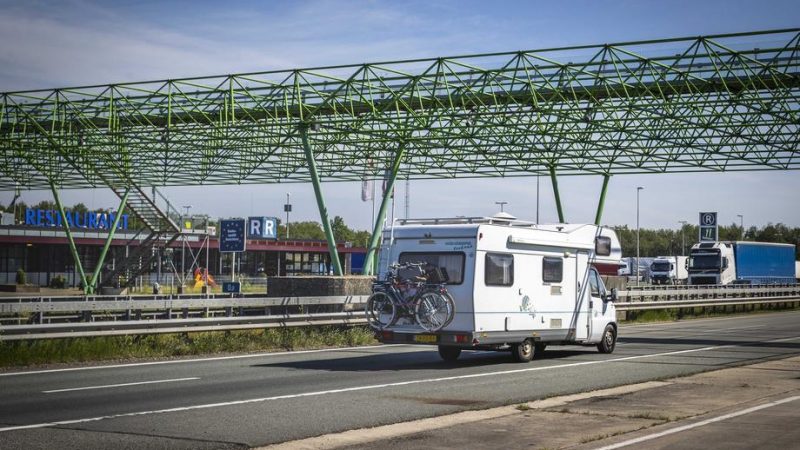 Slovakia currently has one of the lowest vaccination rates in the EU. [EPA-EFE/Vincent Jannink]

Traffic jams were reported on a crossing Čunovo-Rajka to Hungary near the capital city Bratislava, where at least 50 people formed a human chain and blocked the road.

A similar situation was reported in Svrčinovec in the north of the country on a border crossing to the Czech Republic. Protests were supported by the biggest opposition party Hlas – Social Democracy which currently leads the polls with about 20% of votes and also by the far-right Kotleba-People’s Party Our Slovakia. Some politicians attended the protests.

Demonstrations were organised by the commuters who regularly cross the borders.

According to the new rules in place since 19 July, unvaccinated commuters have to present a PCR test no more than seven days old at the borders. During the protest they were shouting “shame” and “we won’t get vaccinated.” Organisers said they want to keep protesting until the government changes the rules.

Slovakia currently has one of the lowest vaccination rates in the EU. So far, only 40% of the population received the first dose and 34% are fully vaccinated.

With the number of people in the so-called “waiting rooms” continues to fall, the government has decided to implement measures with the hopes of convincing people to take the jab that will run from 1 August.

According to the measures, anyone who is vaccinated with the first dose can take part and win money, and anyone who convinces an unvaccinated person to get vaccinated will also be able to obtain a small amount of money directly.