Skopje has high hopes that Bulgarian veto will be lifted 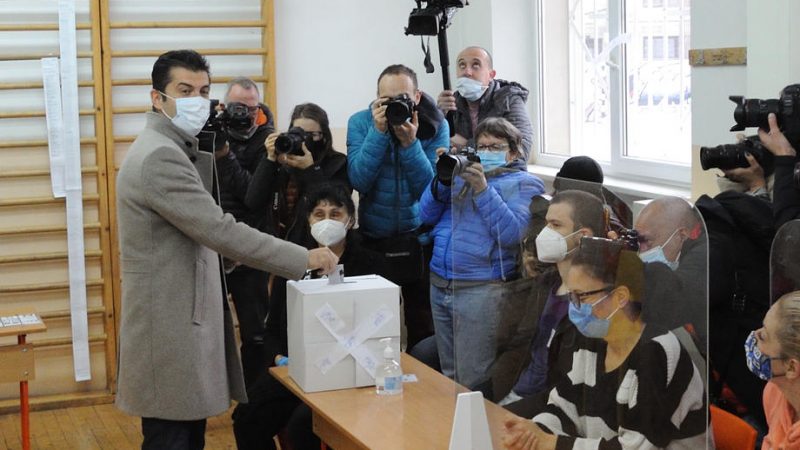 North Macedonia has high hopes that the winners of the Bulgarian elections “Change Continues” will help lift the veto on Skopje’s negotiations with the EU. At the same time, North Macedonia’s authorities announced the name of their preferred Bulgarian Foreign Minister – Daniel Lorer from “Change continues”. This is before the negotiations for forming a government in Bulgaria have even started.

North Macedonia’s special envoy for talks with Bulgaria, Vlado Buckovski, explained that he would find common ground with a possible new Bulgarian government with Prime Minister Kiril Petkov and Lorer as foreign minister.

“Lorer has exceptional knowledge and is his (Petkov’s) closest associate. He was in his office when he was caretaker economy minister. He is Jewish and graduated from Tel Aviv University. He is said to have experience in negotiating, and he is the ideal person for a solution (of the problem),” Buckovski told Sloboden Pechat.

In an exclusive interview for EURACTIV Bulgaria just before the elections, Kiril Petkov explained that he wants more pragmatism and intensive dialogue with North Macedonia.

“Change continues” proposes that the negotiations with Skopje be conducted with the participation of entrepreneurs and scientists.

“We need to enter into real negotiations, which have not happened so far,” Petkov said.

In his interview with EURACTIV, Petkov announced that this process should be managed by someone like Daniel Lorer, a “venture capitalist who speaks six languages ​​and negotiates all his life.”

Petkov explained that they would demand several things from Skopje, such as protecting the rights of Bulgarian citizens and Bulgarian minority – “but not through a change in the Constitution because it will become complicated.”

Now Vlado Buckovski says that Skopje is receiving encouraging signals for a new strategy from Bulgaria, which he says would satisfy Macedonians, but noted that time is not on their side.