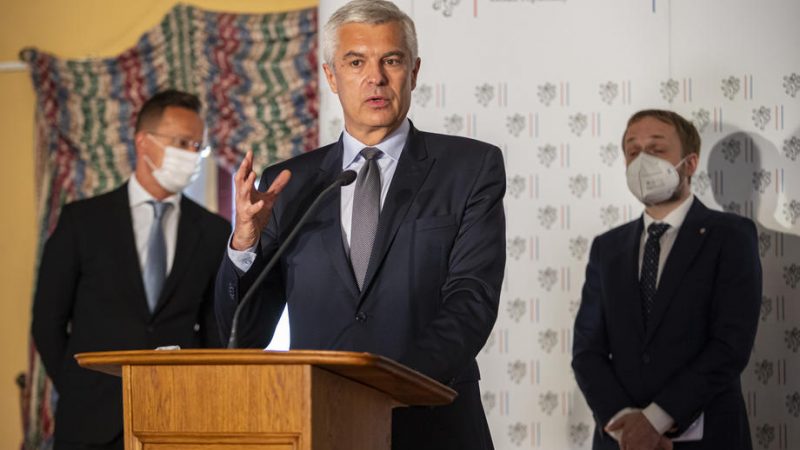 Korčok took the opportunity to thank the delegation for Czech help and cooperation in evacuating four citizens from Kabul on board of Czech military special. [EPA-EFE/ Martin Divisek]

Foreign MinisterIvan Korčok praised the exceptionally warm relations between Slovakia and the Czech Republic at governmental and parliamentary levels on Tuesday as he received a delegation of the Committee on Foreign Affairs, Defence and Security of the Czech Senate led by the head of the Committee Pavel Fischer.

Slovakia sees Czechia as a good neighbour and close partner, he also said.

Korčok took the opportunity to thank the delegation for Czech help and cooperation in evacuating four citizens from Kabul on board a special Czech military plane. The situation in Afghanistan and its consequences for the international community was one of the main topics of conversation.

“While future developments in Afghanistan are difficult to predict, our expectations remain unchanged – stable Afghanistan, the protection of minorities and the prevention of an influx of terrorists from Afghanistan endangering our security, ” Korčok said.

Partners also pointed out the important role of regional cooperation within the Visegrad group.

“Cooperation with neighbours in the region remains the key to a successful foreign policy. Visegrad cooperation without doubt plays an important role in it. Slovakia will continue to play an active and constructive role on a regional scale and make the best use of it. This also applies to the current Hungarian presidency,” the Slovak minister added.