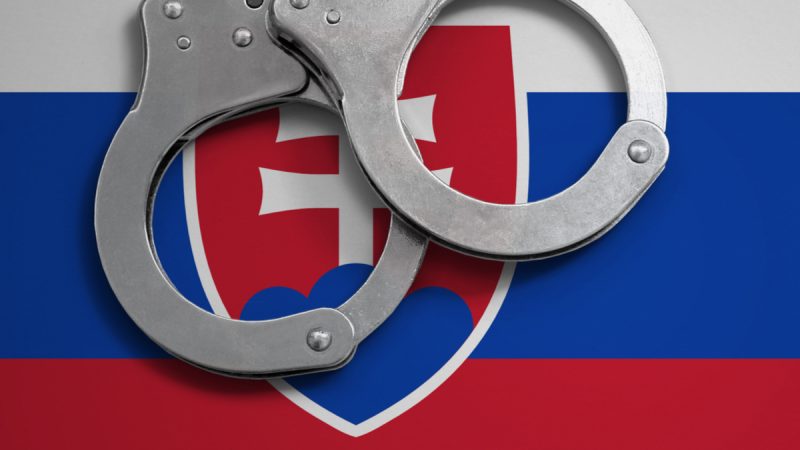 Other topics of the agreement include corruption, extremism or ecological criminality. According to the Slovak Office of General Prosecutor, “cooperation won’t be just formal”. [Shutterstock / Mehaniq]

General Prosecutor Maroš Žilinka, who went to Moscow last week and took part in celebrations of the 300th anniversary of the Russian Office of General Prosecutor, signed a programme of cooperation with his Russian counterpart Igor Krasnov, that focuses on international crime and cybercrime. Krasnov is facing EU sanctions for his role in the imprisonment of Alexey Navalny, a vocal critic of President Vladimir Putin.

Other topics of the agreement include corruption, extremism, and ecological criminality. According to the Slovak Office of General Prosecutor, “cooperation won’t be just formal”. They did not, however, specify what other forms cooperation would take.

Representation of the European Commission in Slovakia pointed out that being listed on a sanctions list does not mean country representatives are banned from any meetings with such a person.

In this case, however, the trip “should serve as an opportunity to interpret the EU’s positions and reservations on the procedures and decisions for which the person has been placed on the EU sanctions list and to bring about a change in such conduct which is contrary to European principles and international commitments entered into by the Russian Federation itself,” the Representation of Commission wrote in a statement.

Žilinka’s visit to Moscow was criticised by many of the coalition members. The smallest coalition member, Za ľudí (For People) party, even supported disciplinary actions, although it seems unlikely due to a lack of widespread support in the coalition. Chairwoman of Za ľudí Veronika Remišová also said Žilinka is a big mistake of the current coalition which nominated him.