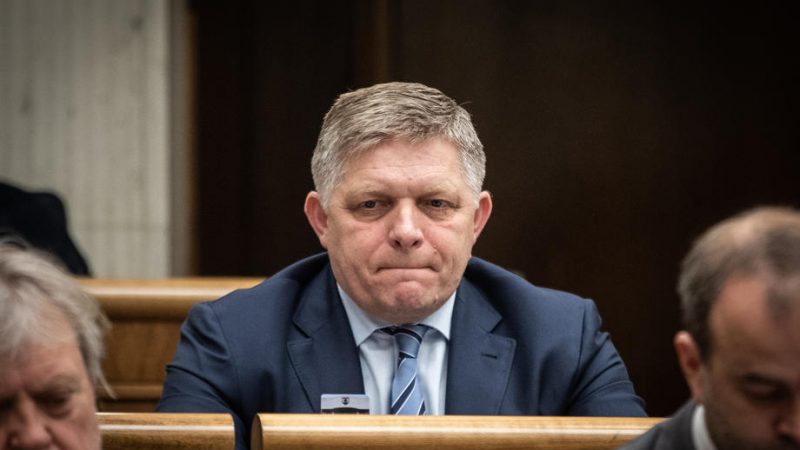 Although the government coalition has a two-thirds majority in parliament, it failed to get the 76 votes needed to take away the parliamentary immunity enjoyed by Fico. All 150 parliamentarians were present for the vote. [EPA-EFE/JAKUB GAVLAK]

Slovakia’s government has been unable to gather enough votes for an independent court to decide whether former Prime Minister and current MP Robert Fico should be prosecuted for allegedly orchestrating a criminal ring.

This is a big loss for Slovakia’s current government, which ran on an anti-corruption platform.

Although the government coalition has a two-thirds majority in parliament, it failed to get the 76 votes needed to take away the parliamentary immunity enjoyed by Fico. All 150 parliamentarians were present for the vote.

Fico is accused of orchestrating a criminal ring from inside the government. He denies any wrongdoing. Robert Kalinak, Fico’s interior minister at the time, is already in custody since he did not enjoy MP privileges.

Two female MPs were already kicked out of the biggest government party OĽaNO, for failing to vote with the rest of their club.

Sme Rodina, the second biggest party in the government coalition, is also facing criticism as all its 17 MPs refrained from voting. The party courted Salvini’s ID group in the European Parliament but failed to get any seats in the 2019 elections.

Sme Rodina, for its part, seems to be expecting Fico’s help when it comes to a similar vote in the future, as one of their own MPs was charged with corruption last week.

The failed vote does not mean Fico will escape charges. However, as the government parties were running on a platform that promised to remove the old guard’s immunity from justice, the failed vote has dealt a serious blow to their credentials.