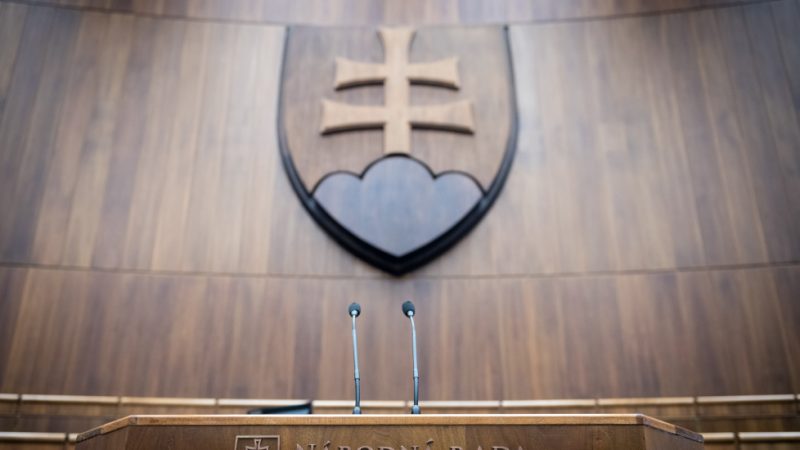 In total, almost 160 reports were delivered, mostly from the employees working in the Department of International Relations. [Shutterstock/Ventura]

A total of 74 MPs voted in favour of the resolution, in which they inform the European Parliament and the parliaments of all member states that “issues concerning health policies and education are in the competence of nation-states — members of the EU”.

However, the Slovak parliament still insisted that the report violates the subsidiarity rule and oversteps the powers of the European Parliament.

The report on sexual and reproductive health and rights in the EU, which only contains recommendations and is not binding on member states, was passed by the EU Parliament’s Committee on Women’s Rights and Gender Equality on 11 May.

Shortly after that, a group of the ruling OĽaNO MPs led by Anna Záborská, herself a former MEP, proposed a resolution – backed by coalition party Sme Rodina (We Are Family) and by the opposition far-right LSNS party – to dismiss the report, which is still awaiting a vote from MEPs.

Slovakia’s National Council also assured the European Parliament, as well as the national parliaments, that the country considers access to quality health care and education as well as respect for human rights as its priority.

The government “will continue to actively seek ways to improve the situation in Slovakia with particular emphasis on rights and services for vulnerable groups, such as women, who are often victims of domestic violence, families living on the edge of poverty or people who lack access to quality, functional and comprehensive health care,” the council said. (Irena Jenčová | EURACTIV.sk)