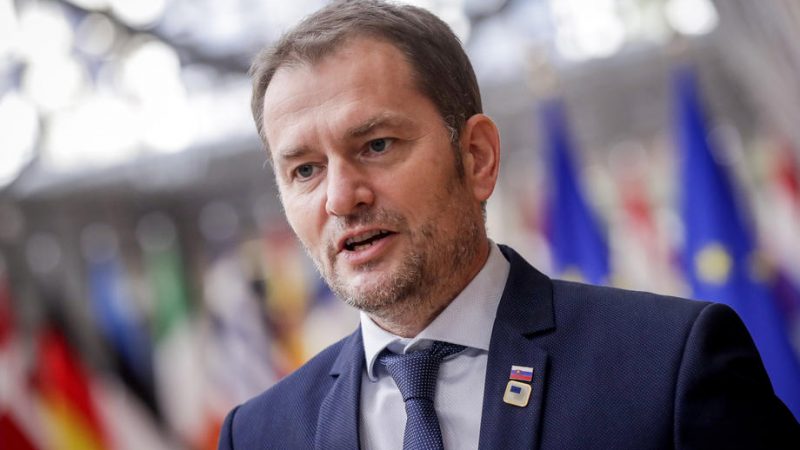 During the press conference, Matovič went on to show a graph showing that inaction in procuring antigen tests had resulted in 4,300 “avoidable deaths”. [EPA-EFE/OLIVIER HOSLET/]

As COVID-19 infections continue to reach record highs and hospitals reach peak capacity despite the Christmas lockdown and a further tightening of the rules in the new year, Prime Minister Igor Matovič publicly blamed Vice-Prime Minister and Economy Minister Economy Richard Sulík (Freedom and Solidarity) for deliberately failing to procure enough antigen tests back in November and sabotaging widespread testing ahead of the Christmas Holidays.

During a press conference on Monday, Matovič presented a graph showing that inaction in procuring antigen tests had resulted in 4,300 “avoidable deaths”.

Sulík himself has rejected these accusations, arguing the procurement could not be processed due to the lack of proper specifications from the health ministry, which is under the control of Matovič´s party, the Ordinary People and Independent Personalities party.

The prime minister also announced his plans to have repeated widespread antigen testing of the whole population which the government will still need to vote on.