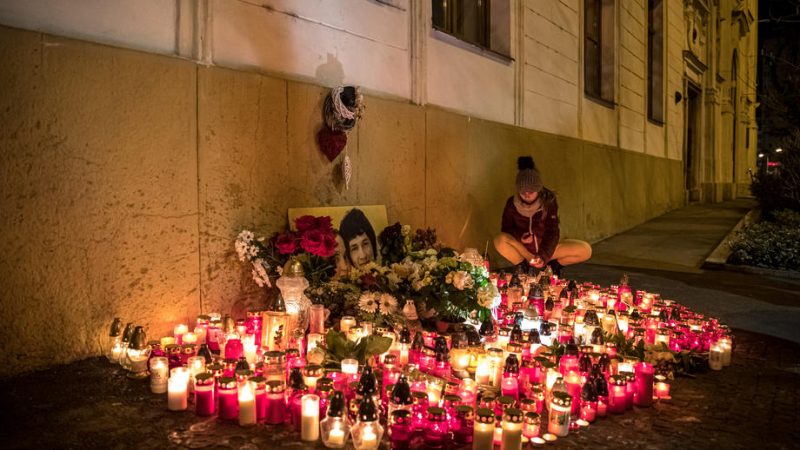 The case will now go back to the specialised criminal court, which acquitted Kočner and Zsúzsová in September of last year. [EPA-EFE/MARTIN DIVISEK]

The Slovak supreme court has accepted the prosecutor’s appeal for a retrial of Marian Kočner and Alena Zsúszová, who were both accused of ordering and arranging the murder of journalist Ján Kuciak and his fiance Martina Kušnírová in the winter of 2018.

The case will now go back to the specialised criminal court, which acquitted Kočner and Zsúzsová in September of last year.

“It is certainly a satisfaction,” said Jozef Kuciak, father of the murdered journalist, Sme daily reported. “We are well on our way to justice,” he added.

The supreme court also confirmed the previous decision sentencing one of the hired assassins – Tomáš Szabó – to 25 years in jail, despite prosecutors demanding a life sentence.

According to their version of the events from 21 February 2018, Szabó served as a driver for the gunmen and ex-soldier Miroslav Marček, who was sentenced to 23 years in jail. They were hired by the middle-man Zoltán Andruskó, who was hired by Zsúzsová based on Kočner’s order.

It is assumed Kuciak was writing about Kočner’s business activities and his connections to the high officials of the Smer-SD, former ruling party in Slovakia and member of the Progressive Alliance of Socialists and Democrats at the time of his death.

Prosecutors say the accused broke into Kuciak’s house after 8 pm on 21 February 2018 with the intention of murdering the journalist. Allegedly, they did not want to murder Kušnírová, but she was in the house so Marček shot her as well.

The assassinations caused the biggest demonstration in Slovakia since the fall of the iron curtain and led to the stepping down of then-prime minister Robert Fico, former Interior Minister Robert Kaliňák and the police’s former president, Tibor Gašpar.

Police arrested Szabó, Marček and Andruskó after seven months, in September 2018.  A few days later, Zsúzsová was also arrested and Kočner had already been in custody for two months for charges in a separate case.

After Zsúszová was arrested, a new witness appeared in the case – former journalist Peter Tóth. According to Tóth’s statement, he was hired by Kočner to tail several journalists including Kuciak. Later, investigators learned from Kočner’s phone, that they had probably been planning other murders including prosecutors Maroš Žilinka, Peter Šufliarsky and Daniel Lipšic.

Prosecutors are yet to officially charge Kočner in this case, while Zsúzsová has already been charged. The investigation remains ongoing. (Michal Hudec | EURACTIV.sk)